Nowadays, teachers can casually stroll out to their vehicle in the morning, which may be already warmed up during winter time with the help of a remote car starter.  They drive at speeds of 25 mph+ to work while sipping a thermos of coffee and enjoying the music or podcasts from their Bluetooth radio.  Once the teachers arrive at school, they stroll down the brightly lit halls towards their classroom where they prepare notes, daily lesson plans, and get to work shaping the young minds of America.

Back in the early days of Mesa County, the daily routine for teachers was vastly different. 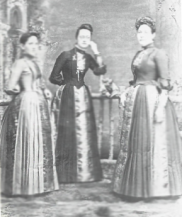 Image source: Museum of Western Colorado via “The Grand Heritage: A Photographic History of Grand Junction” by Dave Fishell.

Citizens of Mesa County often learned to ride horseback, which became a common method of getting to the schoolhouse in the mornings.  At an average trot, going five miles via horseback would take about an hour.  The process was not simply hopping on a horse and leaving; a chunk of time was spent saddling it up, checking health and hooves, and tying it up properly after the ride was over. If they had the opportunity, some teachers commuted to work via the Interurban streetcar, a single track railroad created in 1910 that ran from Fruita to Grand Junction. Otherwise, even in harsh weather conditions and sometimes for several miles, they walked.

Not only did schoolteachers walk several miles in severe weather conditions, but the women did so while wearing frilly, high-necked dresses with layers of petticoats and bustles.  As seen from the photo to the right, this was a far cry from the “business casual” attire we’re accustomed to today.

Lulu Kennon, one of the interviewees of the Mesa County Oral History Project, graduated high school in 1914 and began teaching in Mesa County for many years.  For twelve years she taught at a little school house in DeBeque, Colorado. During her first job teaching in the area, she walked to school three miles every morning. Lulu was the janitor and security guard of the little school; she did all the cleaning and maintenance of the building herself.

Ina Dyer moved to the Grand Valley area in 1910 and became a schoolteacher for Mesa County. Ina also had a short stint working with Mesa County Libraries! She mostly taught at Grand Junction High School during her long career. When she first began teaching in Mesa County, she was paid $45 a month.  In a Mesa County Oral History interview with Ina, she recalls the methods of punishment used during her years spent teaching.  This was a time when it wasn’t uncommon for a student to get spanked by a paddle or a rubber hose when they misbehaved.  Ina was not fond of corporal punishment, but it was a frequently used practice in the early 1900’s for children who refused to behave.

Generally, when I would have any trouble, I would just go back to them and reach for their shoulder and just give ‘em a good shake. And in a real low voice I’d say, “Now you just settle down.” And they’d do it, you see. – Ina Dyer 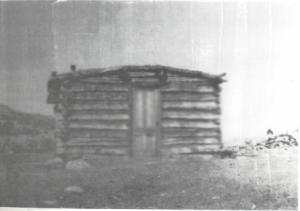 Tiny country schools in remote places were another commonplace in the early days of Mesa County days. Florence Bryant Walker was eighteen years old in 1916 when she experienced a truly primitive teaching environment while employed at the Coates Creek School up in Glade Park, Colorado. The school held desks enough for nine children, and had a little stove in the middle “the size of a thimble.” There was no indoor or outdoor toilet, and no well for water.

…of course each day I carried a quart of water.  There was no water down there for us to drink.  It was just about as simple as anyone could find a schoolhouse. – Florence Bryant Walker

If you’re fascinated by the history of our beautiful area, spend some time listening to interviews given by the early settlers in the Mesa County Oral History Project, available online.  Also feel free to visit the Rashleigh Regional History Room in the Mesa County Library’s central branch for a treasure trove of Mesa County archives and history books.