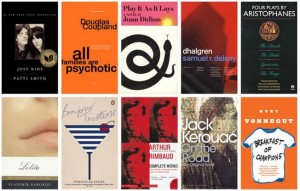 Michael Stipe is best known as the frontman for the groundbreaking band, R.E.M. but he is also a music producer, visual artist, songwriter, and activist.

From the early 1980’s through the late 1990’s, R.E.M. was a highly influential part of the alternative rock genre. As I grew up during the 90’s the bands’ songs helped define that era for me. Their hit song “Losing My Religion from the album 1991 album Out of Time was a mainstay on the radio and MTV and it still has that timeless draw for me.