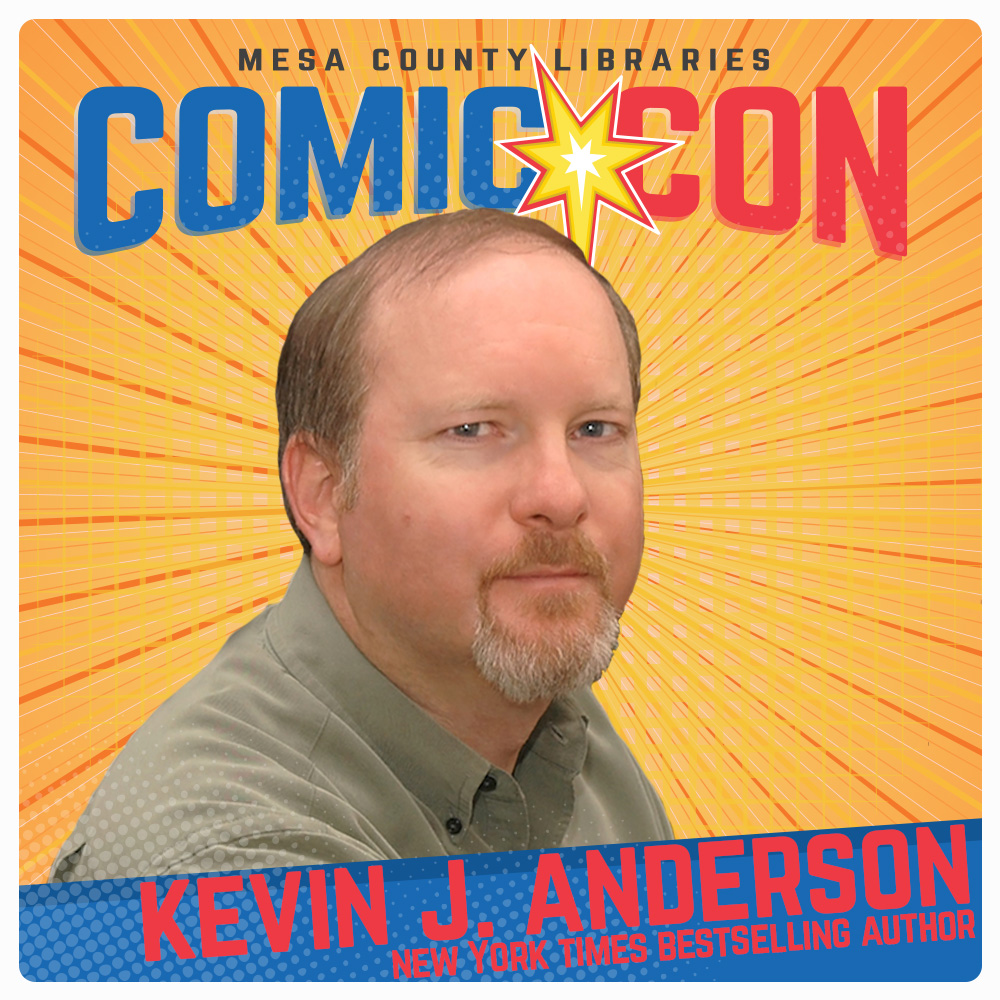 Anderson will speak and answer questions from the audience. He will be available for autographs and book-signings after his presentation.

Anderson’s accomplishments are well-known to science fiction fans. He has published more than 140 books, including 56 national or international bestsellers, with 23 million copies of his books in print in 30 languages. He has written numerous novels in the Star Wars, X-Files, and Dune universes, as well as unique steampunk fantasy novels “Clockwork Angels” and “Clockwork Lives,” written with rock drummer Neal Peart and based on the concept album by the band Rush.

Anderson’s original works include the Saga of the Seven Suns series, the Terra Incognita fantasy trilogy, the Saga of Shadows trilogy, and his humorous horror series featuring Dan Shamble, Zombie P.I. He has edited numerous anthologies and written comics, games, and the lyrics to two rock CDs.