Do you like things that go “bump” in the night? As a kid, did you read so many ghost stories before bed that you had to sleep with a nightlight on until you were 14? Did you ever ask for EVP (Electronic Voice Phenomenon) equipment for Christmas, then scoff when your mom got you a Home Alone Talkboy tape recorder instead?

Mesa County is surrounded by an abundance of natural beauty, but within its boundaries there lurk several places with a history of hauntings and paranormal activity.  Whether these spooky places are true hangouts for spectral beings or just creepy to walk around, well, that’s up to you to decide. 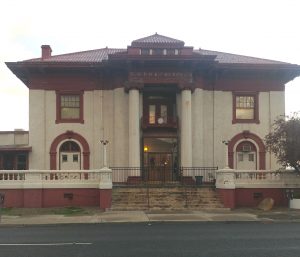 The Elks Lodge No. 575 formed in 1900, and their beautiful building was erected in 1914.  This building included a dance hall, bar, card room, and play-and-learn room for the youth.  The building planners spared no expense, including specially designed doorknobs, a fish pond, and fancy furniture to give the home an elegant appeal.  As written on theshadowlands.net, several different shadowy figures have been seen gliding around this ornate old building and supposedly employees have heard voices when the lodge is empty.  The Elks Lodge is also said to have an underground tunnel system which connects to other buildings in town – one of which is our next “haunted” place: the St. Regis Building. 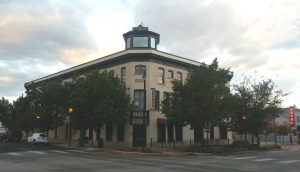 This building has an exciting and lengthy history in the Grand Valley area.  This establishment was built in 1892, and in 1904 was remodeled and opened as the Grand Hotel.  Throughout the early 1900’s the hotel provided an enlivened social scene for citizens and travelers of Grand Junction.  It was renamed the St. Regis Hotel in 1908, and in 1936 they opened the first cocktail lounge in town.  An article by Kathy Jordan states, “The St. Regis got a new lease on life during the uranium boom of the 1950’s when the bar business became the main money maker.”

There are not many specific stories concerning guests from a different realm, but the video shared by KEKB Radio a few years back gives one reason to believe something spooky is afoot.  Watch here if you feel like getting some chills. 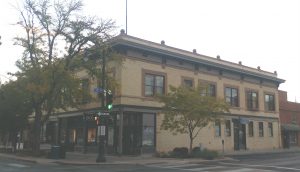 336 Main Street was built in the beginning of the 20th century. During its initial days from 1928 to 1973, it served as Treece Furniture Company. In recent decades, the building has gone through a good deal of restaurant turnover.  Managers of a prior restaurant, Dolce Vita, reported strange happenings on more than one occasion.  Footsteps and voices were heard while the building was vacant, and ghostly figures were often spotted in and around the women’s bathroom downstairs.  According to a 2005 Daily Sentinel article written by Anne Beaty Kerr:

“One morning, before the building was open, the employee went downstairs to clean the bathroom. The women’s room has two entrances with a small foyer in between. When the employee walked through the first door, she saw the second slowly closing in front of her. She proceeded through the second door into the bathroom to see if someone was there. When she entered the bathroom, she saw a figure of an elderly woman wearing turn-of-the-20th century clothing. The figure moved slightly,  but the worker didn’t wait around to see what she might do.”

To add to the spook factor, an early 20th-century murder took place in the adjoining Reed Building.  Mesa County Oral History Project interviewee Fritz Becker was a Grand Junction police officer in the early 1900’s.  In his interview, he describes how in 1938 gambling man J.W. “Big Kid” Eames was shot and killed in the Reed Building by robbers.  Could his spirit be roaming the establishment to this very day? 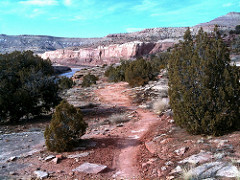 Word on the (internet) street is that someone, or something, is lurking around a popular hiking spot near Fruita, Colorado.  A ghostly lady in white is rumored to roam Horsethief Canyon.  This legend, like many others, is based off hearsay but I know one thing: hiking in all white is a very impractical idea.