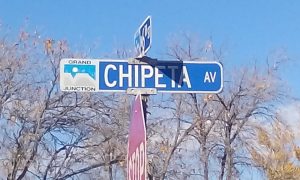 In Grand Junction, Colorado, we have a street named Chipeta Avenue. As a kid, I had no idea what that signified or who Chipeta was, nor was I taught in school. Yet there was a time when Chipeta was famous in Colorado. She played an important role in the history of the Ute people and in the relatively peaceful white settlement of the Western Slope, one worth remembering during National Native American Heritage Month.

The Tabeguache band of Utes found Chipeta when she was a baby, crawling in the ruins of an Apache community that had been devastated by an attack. They adopted her into the band and she grew up as a Ute living in Western Colorado, Eastern Utah and Northern New Mexico. When the wife of Ouray died, she became the caretaker for his son.

Eventually she married Ouray, the tribal leader. She offered important advice to her husband on tribal matters, and her council was valued by him and others. She even traveled with him to negotiate with whites during the time that the U.S. Government was taking Ute lands.

During the Meeker Massacre, when White River Utes were engaged in combat with the U.S. Cavalry, her perseverance and insistence prevented Ouray from riding to the aid of his fellow Ute, preventing further violence that Chipeta must have understood would be one-sided (the Sand Creek Massacre a not-so-distant memory), with the might of the U.S. Army unleashed on Ute men, women and children.

The first person to call Chipeta “Queen of the Utes” did not mean it in a nice way. A reporter for the Rocky Mountain News coined the moniker, and caricatured Chipeta as a squaw in buckskin presiding over Ute “vermin.”

The poet Eugene Field rehabilitated Chipeta’s image when he wrote Chipeta, an ode to her rescue of white hostages taken by White River Ute during the Meeker Massacre. This brave act and Field’s poem made Chipeta a kind of Colorado celebrity. Yet when Western Colorado was taken from the Utes and the Tabequache band forced onto the Uintah Reservation in Utah, Chipeta was forgotten and impoverished. The Ute were told to farm on lands that were not fertile. They lived in a geography different than what they were used to. The government subdivided their land and miners stole it. Nevertheless, Chipeta continued to speak for her people.

Soon before her death, she came into the public eye once more. She accompanied President Taft to the opening of the Gunnison Tunnel. When she died, she was buried in Montrose, where she still rests, in accordance with the wishes of that town and her brother McCook.

To learn more about Chipeta, read Chipeta: Queen of the Utes by Cynthia S. Becker and P. David Smith (from whence much of the information in this article comes). To view photographs and other documents related to the Ute, or to hear first-hand accounts of white settlers meeting Ute Indians (interesting for both their admiration of the Ute and the casual racism that sometimes comes out), visit our digital archives.