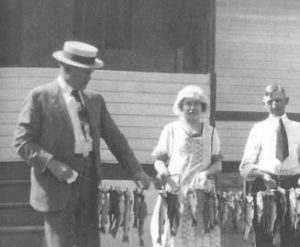 Back in early 1900s Grand Junction, the scene on Main Street was exactly what you may expect for a town in the Wild West.  Gambling, prostitution, and bootlegging weren’t uncommon, and a popular fellow named J.W. “Big Kid” Eames decided to join in on the action.  J. Walter Eames moved to Grand Junction from Telluride in the 1920s.  He originally worked as a cigar and tobacco wholesaler before opening a gambling parlor on 362 Main Street, now the Reed Building, on the second floor above the old Merchant’s Cafe. Eames was said to be an “honest gambler” and utilized his love for gambling to create a business called the Biltmore Club.

Eames was a well-liked man in the community.  The Biltmore was a place where townsfolk could escape their everyday lives and consume their thoughts with winning at games such as dice, poker, or Pan Dinkey (a card game similar to rummy, also referred to as “Pan” or “Panguingue”).  According to a Mesa County Oral History Project interview with Fritz Becker, a Grand Junction police offer at the time, “Eames was a very nice person, very hospitable, very generous with everybody…loved gambling, loved playing cards and shooting dice.  If he thought a man was spending his last money there he would shut him down, or if he had lost money he’d give him the money back and make him get out of there.”

Not only did Eames provide a place for others to enjoy themselves and get a little rowdy, but he used his earnings in a charitable manner.  Eames used to donate hundreds of Thanksgiving and Christmas baskets full of food to the underprivileged around town. Becker recalls a time when Eames overheard a man lamenting about gambling away his $40 pension check (which would today equal about $700).  Eames promptly and quietly reimbursed the man, making sure his wife never knew that he had gambled away their family’s earnings.

Eames even went as far to provide meals for the wily gamblers. The Merchant’s Café down on the floor below had a dumb-waiter that went up to the Biltmore Club.  Every night around midnight, they’d send their order down to the Merchants Cafe, and soon after they would send up full meals for the gamblers.  If they ordered a big juicy steak, Eames would pay for it, no complaints.

Despite Eames’s charitable nature and pleasant disposition, he met his untimely death at the Biltmore a couple days before Christmas in December of 1938.  According to a 1938 Daily Sentinel article, Eames was at the Biltmore when three masked men decided to case the joint.  The robbers’ nerves got the best of them when they discovered Eames in the building, so they shot him in the process, leaving him for dead. Becker recalls the grisly scene when he responded to the scene of the crime; he walked into the gambling parlor to discover Eames, shot in the face, hanging on for dear life.  He died two hours later at St. Mary’s Hospital.

The three men who shot Eames had all been partners in crime out in California, where they had a history of participation in armed robberies.  Vern “Bubbles” Saddler,  Tommy Humotoff and Otis Slane were tried, found guilty and sentenced to prison terms, but in a dramatic twist, they each received early parole.  Becker claims Saddler got out early after his mother gave a prominent political figure seeking reelection an $8,000.00 donation. 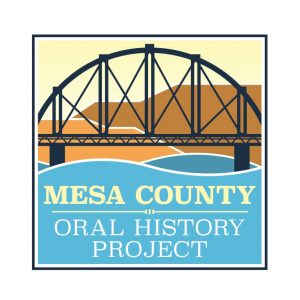