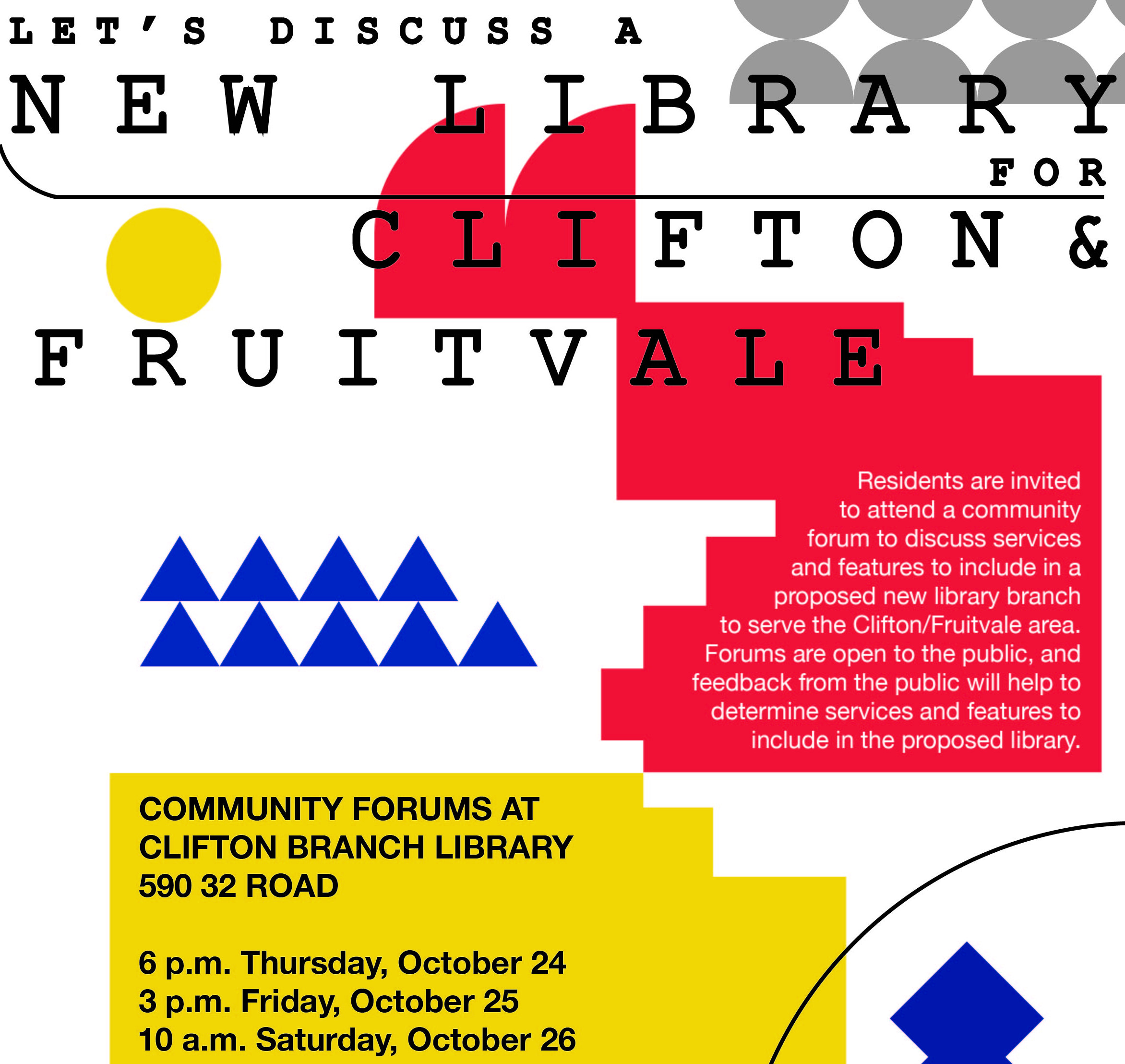 Residents are invited to attend upcoming community forums to discuss services and features in a proposed new library building at 3180 F Road. The new library would replace the current Clifton Branch.

Four community forums are planned. Forums will take place at the Clifton Branch Library, 590 32 Road, and they are scheduled for:

Forums are open to the public, and feedback from the public will help to determine services and features in the proposed new library.

“This is an important opportunity for the communities in the east valley to talk to us about what they’d like to see in a new library,” said Mesa County Libraries Director Michelle Boisvenue-Fox. “The best libraries strongly reflect their local communities, and we want to make sure that we are providing the services that the communities want and need most.”

The proposed new library would be built on a five-acre property at 3180 F Road that Mesa County Libraries purchased two years ago. The land is located on the north side of F Road approximately 0.2 miles east of Mount Garfield Greenhouse and Nursery.

The current Clifton Branch, which occupies 5,400 square feet of leased space in a shopping center, is the second-busiest library among eight Mesa County Libraries locations. Its amount of use is second only to the Central Library in downtown Grand Junction.

Mesa County Libraries staff regularly receive comments from patrons about the Clifton Branch being too small and too crowded.

“The branch is too small to adequately serve the communities of the east Grand Valley. It lacks features such as meeting rooms that are increasingly in demand from library patrons,” said Boisvenue-Fox. “That’s why Mesa County Libraries are exploring the idea of building a new library in that area that will better serve the people who live there. We want to hear from residents at the community forums what they would like to see in a new library.”

Mesa County Libraries expect to conduct a public naming contest for the new library later this year. A preliminary timeline for the project anticipates a grand opening in 2021.