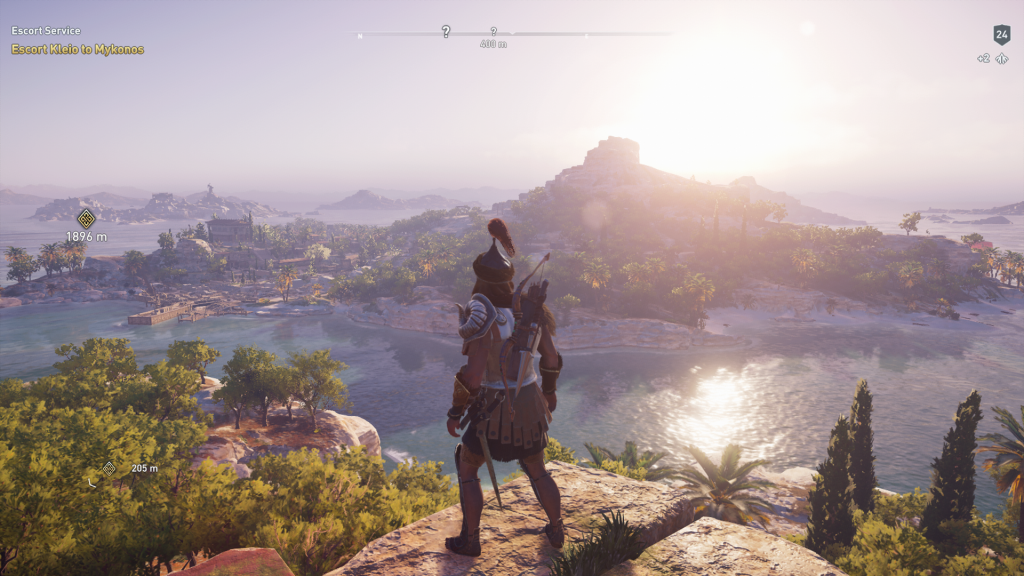 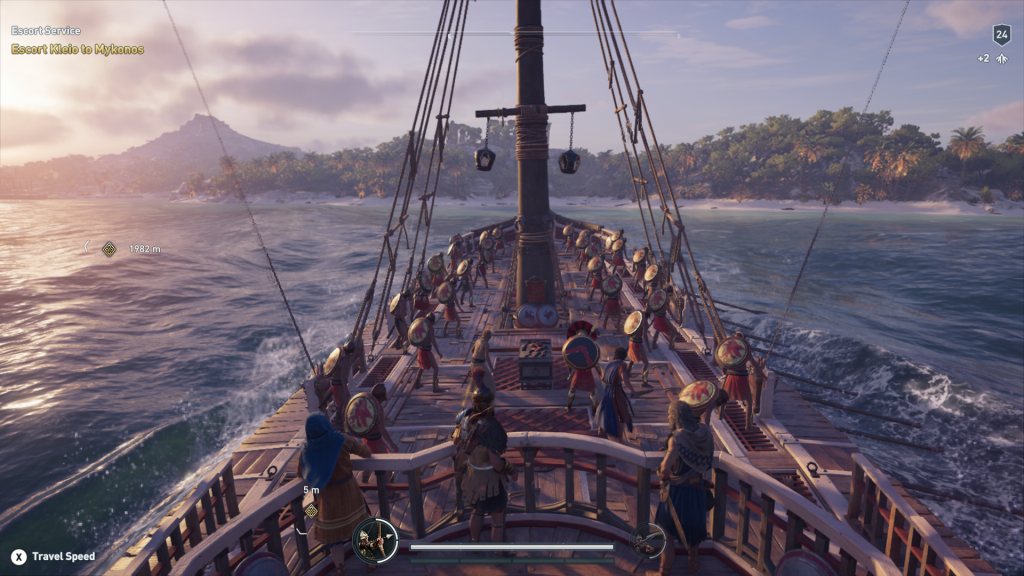 Assassin’s Creed is a series of games centered around two ancient fictional organizations, the Templars and Assassins. Odyssey takes place in Ancient Greece circa 431 BC. In the previous game, Assassins Creed Origins, we met Layla Hassan. Layla is a young scientist working with the assassins to overthrow the Templars in modern times. Through her, we can access her ancestors and the main characters of the game, Alexios and Kassandra, descendants of Leonidas of Sparta.

Odyssey represents the future of the Assassin’s Creed franchise. Ubisoft quit its yearly releases and focused on creating more developed individual titles. This ideology led to Origins after the disappointment that was Unity, Rogue, and Syndicate. Developers took what worked with Origins and built off of it. The combat system previously introduced in Origins has come back with improved mechanics and variables. They’ve also kept the power-up special and skill trees, which makes for a more personalized fighting experience. Everything repetitive and cumbersome in the previous games have been enhanced for a fresh, new experience.

The Assassin’s Creed games are known for their superior graphics, and it’s no exception for Odyssey. This game has such vivid landscapes you can’t help but get lost in the majesty of it all. To match those landscapes are characters, both primary and supporting, that have a depth all their own. I was so surprised to find so many characters I liked and was curious to know more about. I’m always a sucker for a variant ending, and AC finally delivered. The choices you make throughout the game influence how the story progresses and creates immersion.

Overall, I would highly recommend this game. I love the Ezio trio, and this reminds me of that in spirit. I feel attached to the characters and their personalities. The story was enveloping, even the in-between bits with Layla that I usually hate. This game offers solutions for many of the problems players had with the original series. I’m so excited to see what Ubisoft does with its next AC title, Valhalla, set in the time of Vikings.

This game is available through our library on PlayStation 4