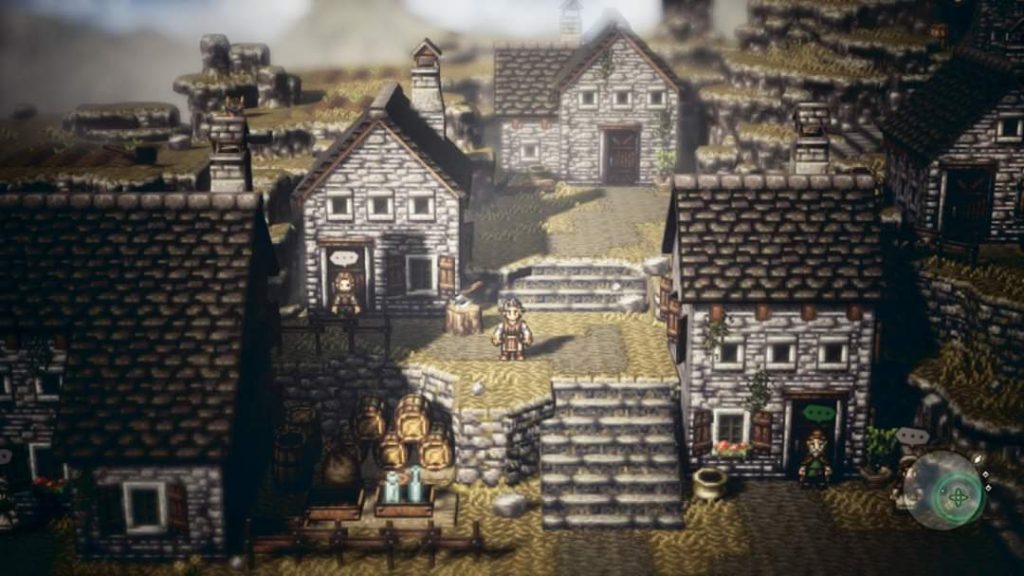 “The game has eight unique and wonderful stories to be explored in a beautiful environment. The unique combat system differentiates it from the other JRPG’s out there, and the art style is stunning to look at. Definitely give it a try to see whose story you like most! 9/10 can’t wait for my seventh playthrough.” – John Orchard Mesa Branch

Octopath Traveler is an epic RPG that depicts eight characters and their various personal quests as they travel through Orsterra. You may choose to play as just one character or cycle through them all throughout the course of the game. Their journeys are multifaceted including themes of faith, thievery, finding purpose after a tragedy, revenge, pursuit of knowledge, and blackmail. Each character has a goal, and occasionally their stories will overlap.

Masashi Takahashi and Tomoya Asano produced this game with Acquire partnering as a developer. This game’s aesthetic is called “HD-2D” and mixes the pixelated 16-bit graphics of the past with photorealistic elements. It is visually appealing and brings back a bit of nostalgia without overdoing it. In addition to the distinctive graphics, the game has a 3D spatial foreground that allows the player to move in directions other than just left and right. There is depth and shadow, and it all meshes perfectly together with a flat 2D character.

Octopath uses a turn-based fighting style, which involves an element of strategy. Overwhelming your enemies with high-level hits won’t always win the battle, so it’s essential to take stock of who you have available and their skill sets. The fighting is also weighted, so bosses will progressively get harder as you progress in the game. Eventually, you can give the characters job idols, which allow them to pick up a new skill. I liked and disliked this aspect as it helps in battle, but doesn’t always make sense for the character.

I enjoy the narratives in this game. Despite their profession, each character is very likable, and you want to see their story through to the end. I liked that characters would link up here and there in different chapters. I wish they converged more often, but I still very much enjoyed the game as it is. I think Octopath Traveler does a great job of tackling the multi storyline tastefully.

This game is available from our library on Nintendo Switch