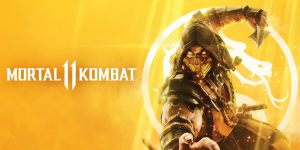 Mortal Kombat is one of the main video games everyone thinks of when they hear “Video Game”. The franchise has been around since 1992 and has 22 games as well as a plethora of comics and novels. There are also 5 movie adaptations with the most recent version set to release in April 2021. The series has gotten a lot of attention over the years for the high levels of graphic violence and is thought to have inspired the ESRB (Entertainment Software Rating Board) video game rating system we use now. While I don’t seek out gory games in general, this series is the forefather of all fighting games today and deserves interest for that at a minimum. So, lets begin! 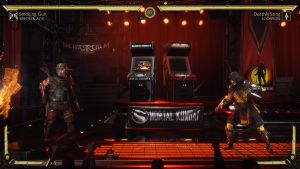 Like most fighting games, the main game play involves two characters duking it out on on a flat stage. You can move left and right, jump and crouch but that’s it. I haven’t played a ton of strict fighting games outside of Super Smash Brothers, so I might be biased, but it felt like the few options for movement were awkward and slow for MK11. I think that’s because the game is design for long combos of attack verses movement, but it does make it a harder on newbies like myself when learning. Those attack combos are where all MK game shine however! It takes a solid bit of effort to learn each characters attacks but once you do, you can attack with way cooler moves, higher damage and other benefits. 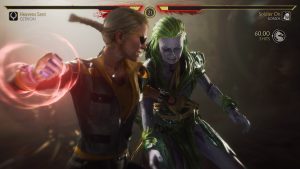 Another strength for this game is the visuals as you can see here! The fighters look fantastic, the stages have lots of detail and even the moves have effects to make them more impactful. I really appreciate all that effort because it allows for some immersion into this Tournament world, with super powered martial artists, and fantastical settings. And if, like me, you enjoy a more immersive experience I would recommend the story mode which is well fleshed out and full of insight about the characters and realms. If you want to K.O. your buddies with intense “fatalities”, then stick with “Kombat” mode. 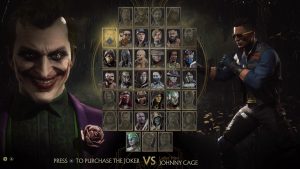 There are so many fighters to choose from! They also included some fun out-of-game characters like the Joker, RoboCop, Rambo and the Terminator.  You do have to unlock these extra characters through play but just having them as future options makes it feel like a proper tournament. After all, are you really the best in the universe if you can’t beat Arnold? Overall, I did enjoy the game even if it isn’t right up my alley. I highly recommend any fans check out this game and the other Mortal Kombat media we have before the new movie hits! 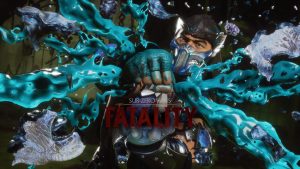 This game has an ESRB rating of M for Mature, ages 17+.

This game is available from the library for both PlayStation 4 and X-Box One: 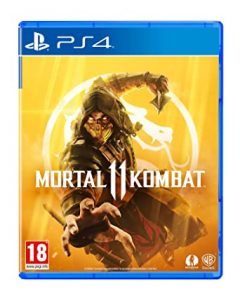 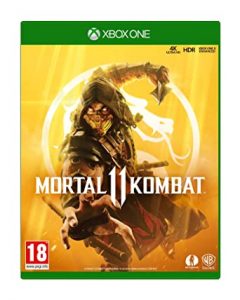 Check out other Mortal Kombat Games: 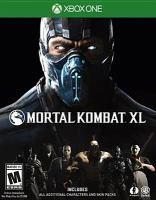 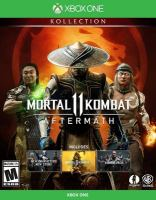