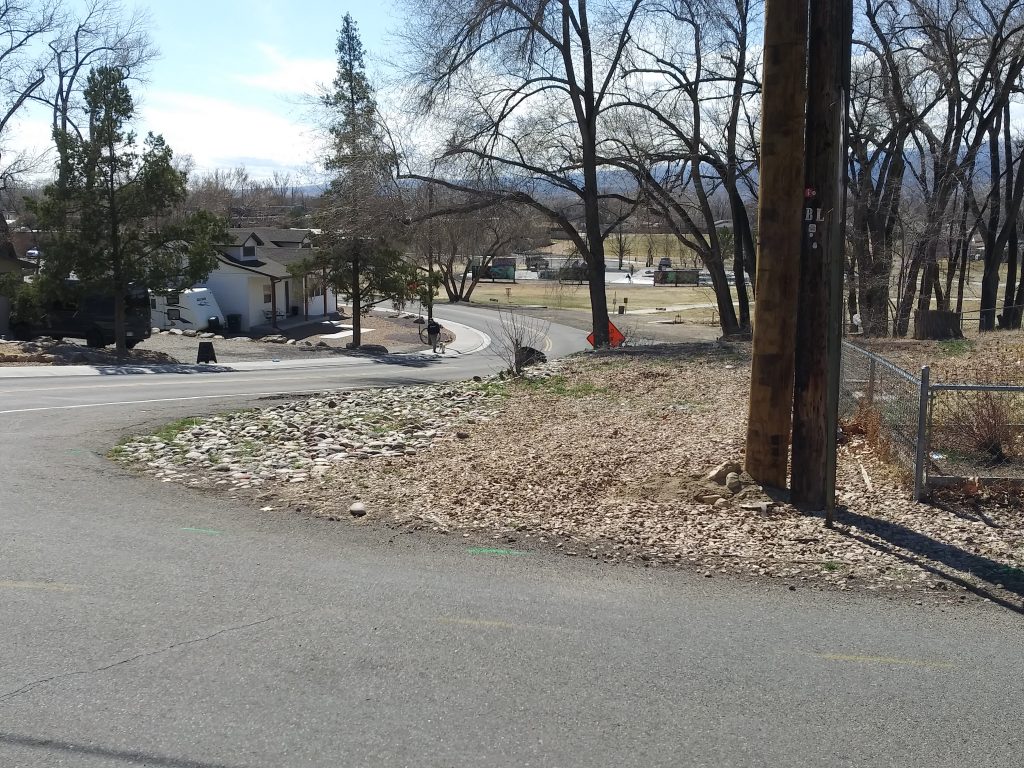 Today, you can still see a small orchard if you look to the west from 1st Street when ascending the hill that used to be known as First Fruitridge. Believe it or not, the hill bisected by 1st Street between Orchard Avenue and Patterson was one of the first fruit growing areas in Mesa County. Though now firmly located in Grand Junction’s core, early locals seem to have considered it a hinterland. In an interview with the Mesa County Oral History Project, Josephine Ramsay recalled riding the Arabian horse of Walter Cross (owner of Cross Orchards) up 1st Street on country excursions.

Early residents of First Fruitridge (also referred to simply as Fruitridge) included Franklin R. Smith. Smith, who came with his wife Minnie Laird Smith to the Western Slope in hopes of curing his tuberculosis in the drier air, was a town doctor. According to his granddaughter, Lina Mae (Smith) Biggs, Smith helped organize the first fruit growers’ association in the area. He also planted what some think was the first apple orchard in the county. Franklin and Minnie Smith’s son, Silmon Smith, grew up in First Fruitridge and later became one of the foremost water law attorneys in the United States. He helped create the Colorado River Water Conservation District and also helped author the Upper Colorado River Basin Compact that still governs river use today.

Ezra Jaynes settled and grew fruit in First Fruitridge around 1892. Jaynes later sold his land and farmed instead in Clifton. The KREX station and Hillcrest Manor subdivision now occupy the land near 1st Street once owned by Jaynes. Other First Fruitridge residents included William and Laura Chapman. 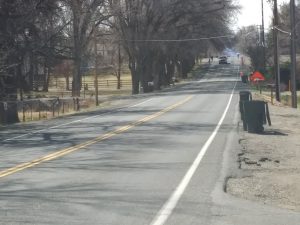 The Second and Third Fruitridge areas fall within the Pomona area. Second Fruitridge was the moniker bestowed on the hill that rises between Patterson and F 1/2 Road along 1st Street (a Fruitridge Drive exists in that area today). Settlers included German immigrant Frank Carman, who grew pears, and Charles and Mabel Hyer, who grew apples. The Hyers also made apple cider and apple vinegar, and would process the apples of other farmers for a fee.

Third Fruitridge rises between G and G 1/2 Roads (falling near Bookcliff Gardens, just before the entrance to I-70). William “Billy” Weiser, who had been raised by his uncle William Moyer, became an early resident of the area. Billy Weiser was an attorney and expert in water law, served as the president of Moyers’ Grand Valley National Bank, and served in the state legislature. He lived on his Third Fruitridge farm with wife Edith (Turner) Weiser and stepson Albert Rood. Albert Rood grew up playing with friend Bill Rice in and around the Grand Valley Canal, and later became a doctor and surgeon. Much of the information that we have about residents of the Fruitridges comes from Rood’s oral history interview. 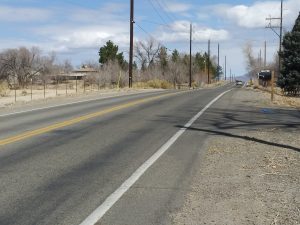 David Grover Rice (Bill Rice’s father) was a prominent Colorado College football player and track and field star who grew up in Third Fruitridge. He later became a farmer in his own right. Rice was the son of William “W.A.” Rice, who, with his brothers, founded one of the first lumber companies in Grand Junction.

Other early Third Fruitridge residents included beekeepers Charles and Theodosia Wallace, John Olson, W.O. Hoar, and Lester Jaynes (who Rood says was the resident of the Fruitridges that lived farthest from town).

Looking at the three Fruitridge areas today, it can be difficult to imagine an agricultural past. But then, much of the land north of F Road was also agricultural land until the 1990’s. Things change fast. Check out the Mesa County Oral History Project to learn more about the Fruitridges and Pomona. Do you know something about the history of a Fruitridge? Please let us know in the comments.