March has arrived! This month our well-read staff offers you collections of poetry published locally, a gripping psychological thriller, an enchanting fantasy read, and the biography of a world-renowned conflict reporter. Click on any book cover images below to be transported to the Mesa County Libraries catalog!

Between Hurricanes by Jennifer Rane Hancock (2015)

I haven’t spent much time reading poetry since childhood, other than a poem here and there.  As a result, I am no expert at analyzing poetry, which is probably okay since poets need regular readers too.  I do enjoy the twists of words and I can often tell if a fiction writer also writes poetry due to their purposeful, beautiful words.

To diversify my reading, I picked up a few volumes of poetry from the Fruita Branch who recently shelved several volumes from Lithic Press (Fruita, Colorado).

In Between Hurricanes, Hancock has a wonderful way of starting her poems with place and then drawing the reader into the personal.  The poem Echo Point, Blue Mountains is a poignant poem about getting a glimpse of your younger self and the wonder that you were more confident and different from your memory. 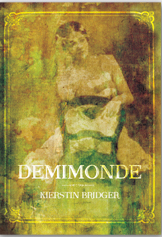 Aside from the fact that the volume is artistically printed with transparent historical photos between poems, this volume centers on the Old West.  And the intriguing point is that it draws you in differently than reading a book set in the Old West.  There’s things historically I knew but Bridger’s words add another honest and harsh layer to that knowledge. 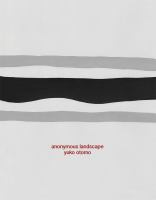 This volume presents a compelling play with words, not only in how the words are put together but also arranged on the printed page, playing with line spacing and blank space.  And the humor was appreciated.  In #6, there is reference to not wanting to talk about trees but maybe later they will write more about trees.  I really enjoyed how Otomo made me think about words and meaning.

P.J. Vernon’s second novel is a subversive gut punch to the psychological thriller genre. To say Bath Huas is a disaster the reader can’t take their eyes off of is a sugar coating of the calculated and sinister systematic creation of real world cultural traumas Vernon documents under the veil of fiction for palatability.

Substance user Oliver Park has found an idyllic path to sobriety among the high society of Washington D.C. in an intergenerational relationship to his old-money, trauma surgeon partner, Dr. Nathan Klein. When the good doctor goes out of town for a medical conference, Oliver goes searching for a fix in a bath house, a reckless escapade he narrowly escapes with his life – the bruising of his transgression wrapped violently around his neck. Covering up the details of his assault, Oliver spirals into a rabbit hole of white lies and duplicity, slowly discovering the sanctuary he’s desperately trying to preserve is a perilous house of cards. When a past he thought was long buried slinks into town, Oliver soon realizes the predator from the bath house isn’t the only wolf trying to blow it all down.

Vernon deserves praise for delivering an unapologetically queer story in a genre dominated by heteronormative arcs. More impressively, he uses the page as a magnifying glass to lay bare the violence perpetuated against, and by, queer men fighting to survive in a community chained to the abuses of cis-hetero patriarchy. Here is an engineered train wreck, operating and colliding precisely as the dominant culture intends.

Bath Haus forces its readers to face a question unsettlingly at odds with the modern gay rights movement: Is addiction to domestic comforts really liberation?

Margaret Owen flips the script on the Grimm Brothers fairy tale The Goose Girl by centering the story on the fairytale’s antagonist, the Princess’ maid, Vanja. Being the thirteenth child of the thirteenth child, and a girl, Vanja’s mother considers her the unluckiest of the unlucky. At age 3, Vanja is given to the Goddesses of Death and Fortune by her own mother. As Vanja passes into adolescence, her godmother’s Death and Fortune demand that she choose one of them to serve for the rest of her life. Rather than live a life of servitude, Vanja decides to forge a path of her own, by stealing Princess Giselle’s life. While playing royalty, Vanja also turns to jewel thieving as a way to fund her ultimate goal — a grand escape to a place where no one knows who she is. But with a deplorable fiancée, a detective on her tail, and her own conscience butting in, will she ever reach her goal?

Owen fills the pages with lush imagery, enchantments, a morally gray main character, and a slow budding romance which all come together to create a fantastic retelling of the Goose Girl fairytale. I highly recommend this book to readers of Tricia Levenseller, Adrienne Young, and Mary Pearson.

(eBook and eAudiobook available on Libby.)

On All Fronts: The Education of a Journalist by Clarissa Ward (2020)

As a reporter on the frontlines, Clarissa Ward bears witness to extreme circumstances, and to humanity in extremis.* Ward, a television journalist, is candid on the page, presenting behind-the-scenes accounts of her experiences in Iraq following the U.S. invasion, in Japan following the 2011 tsunami, and in Syria in the early years of its ongoing civil war.

This is not a political book, but a humanistic one. Ward tackles the (unfortunately always relevant) subject of humanity in crisis through specific episodes of her extraordinary career, laid out in clear and pointed prose that manages to be compassionate without being maudlin. The result is an engulfing read, and one I recommend to anyone looking for a nonfiction page-burner.

* In Extremis is also the title of a biography of war journalist Marie Colvin, whom Ward looked up to and whose death factors into Ward’s reporting on the Syrian war.