Reading through hundreds of oral history transcripts, I’ve found out some interesting things about my hometown of Grand Junction, Colorado. There were teacher-sanctioned boxing matches at the old Clifton School, a bear cub that lived in a South Street brothel, and of course (I mean, who couldn’t see this happening?), the time they allowed a local brothel to advertise during a town baseball game. 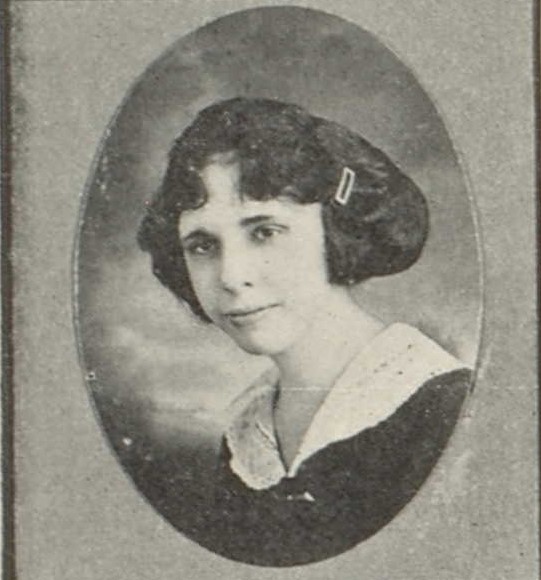 On the Fourth of July in 1915 or ‘16, nine-year-old Mary Agnes (Robinson) Cox, then just Mary Robinson, sat watching a baseball game at what was then the Mesa County Fairgrounds (now Lincoln Park). Although it was hot and baseball “bored the life” out of her, she saw something between innings that piqued her interest.

A fancy carriage filled with three, beautiful young women circled the warning track. The carriage was polished to a shine, the driver wore a “fancy uniform,” and the women were better dressed than anything Robinson’s parents had ever seen before.

As the carriage went slowly around the track, parading for fans in the bleachers, Robinson, her sister and mother oohed and aahed over the pretty women and their beautiful clothes. Finally, Robinson’s father said “Quiet!” He then explained to his three shocked relations that the women in the carriage were prostitutes from a local brothel, and that the carriage had been allowed into the game so that the brothel could advertise to the men in attendance.

In an interview with the Mesa County Oral History Project, Mary Plaisted, who grew up near the brothels on South Avenue, mentions a similar horse-drawn carriage. Plaisted says that Madam Fran, who ran a higher end brothel in a nicer part of town, owned a fine, double decker horse-drawn carriage in which beautifully dressed prostitutes rode. Could this be the same carriage seen by Mary Cox at the baseball game? It seems likely. 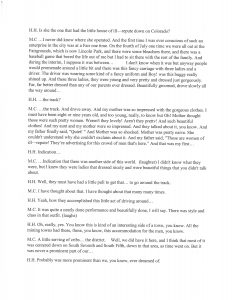 To read Mary (Robinson) Cox’s account of a brothel advertising during a baseball game at Lincoln Park, click on the document to the left. You can also listen to her interview or read her interview transcripts with the Mesa County Oral History Project on our online archive.