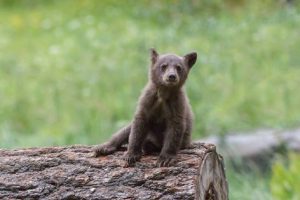 Poaching leads to nothing good. The results can be unbearable. Take the trapper who stole two wild bear cubs from their mother on the Grand Mesa and sold the cubs to interested parties.

John Duncan Hart, a longtime state and federal game warden in Mesa County, relates that the cubs went to a brothel on Grand Junction’s South Avenue [circa 1920-1940. Hart doesn’t give a date]. The madam in that house had an enclosure built for the bears. Hart told her that the bear cubs would bring trouble, but she did not listen. Soon, he got a call from the police. One of the cubs had been brought into the house, and had promptly driven all the prostitutes and guests out onto the street. When Hart came in, he found the bear out control and up on a piano. He had no choice but to put it down. 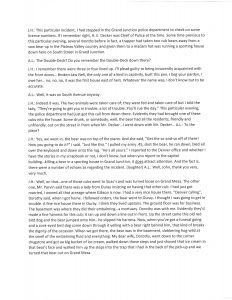 The other bear cub had a better but no less wild fate. It was purchased by a woman from Ouray whose family operated a mortuary out of their home. They put the bear on a harness in front of the house. The bear got out of the harness and chased a bird dog down the street, disrupting a funeral in the process. Hart and his wife Dorothy (Bryant) Hart (sister of the artist Harold Bryant), lured the bear into a cage with ice cream and transported it up to the Grand Mesa, where it was released.

To learn more about wildlife and to hear more wild stories, including the story of the last grizzly bear in Mesa County, listen to John Hart’s interview with Al Look in the Mesa County Oral History Project collection.