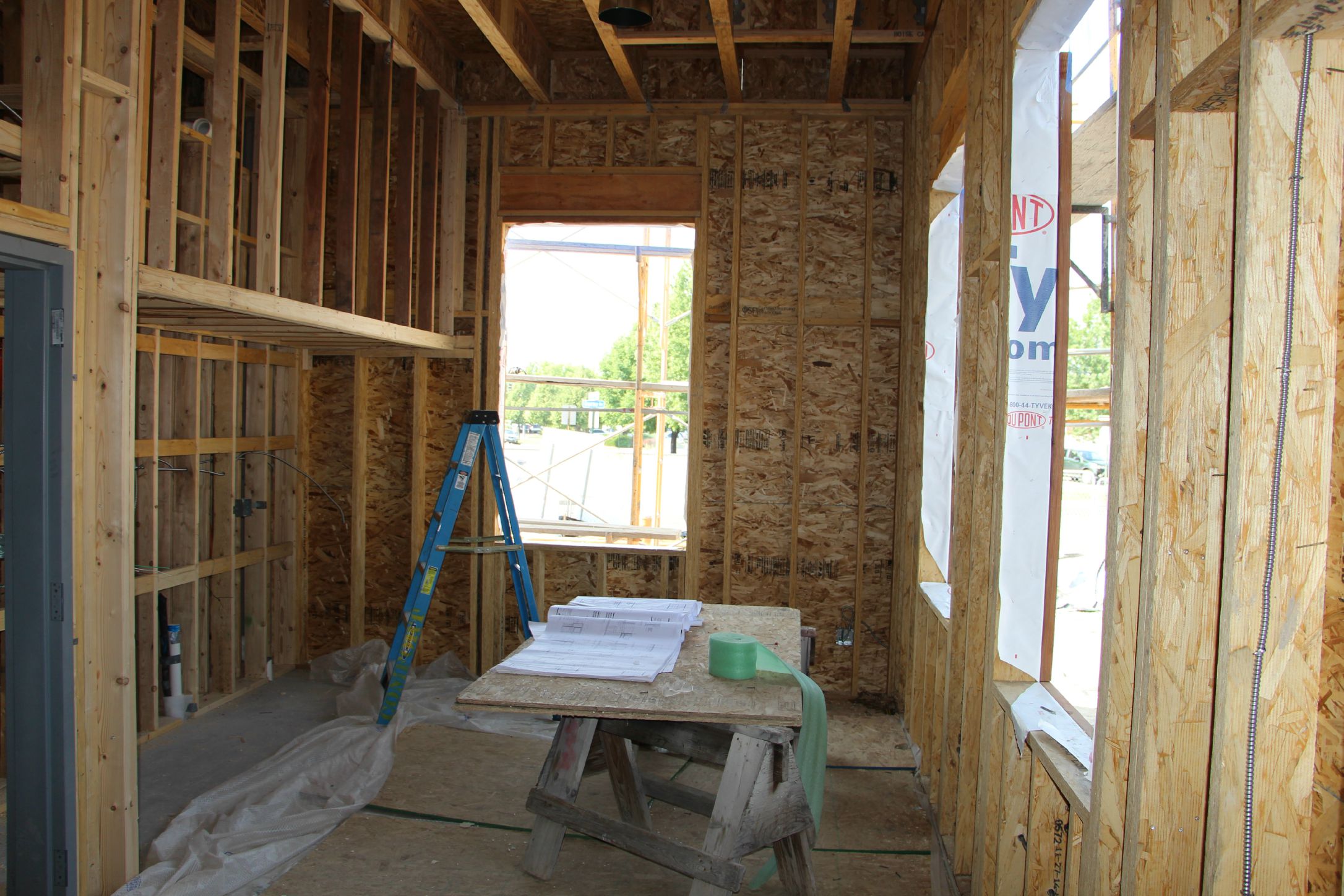 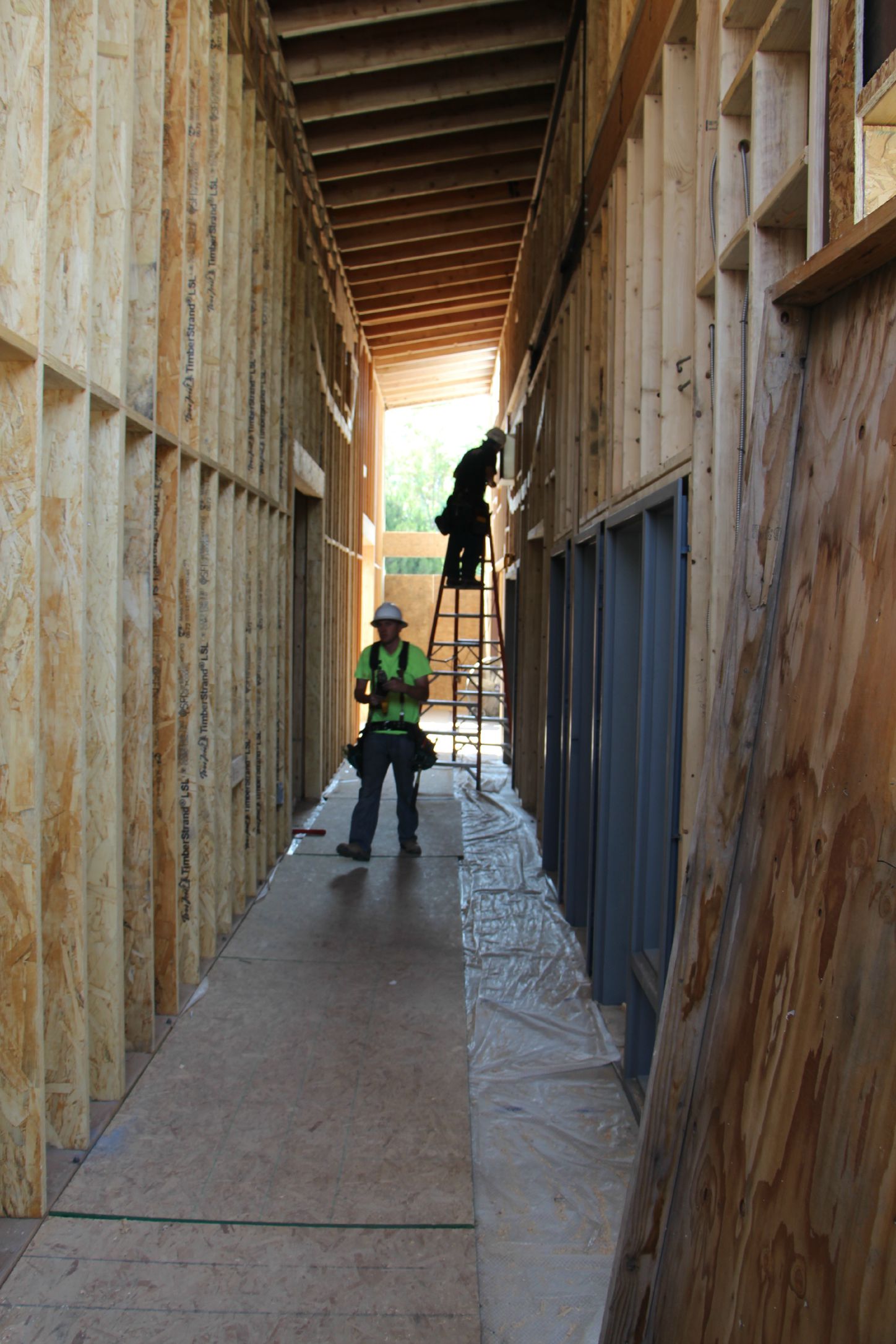 In the main corridor “spine” of the Mesa County Libraries 970West Studio. 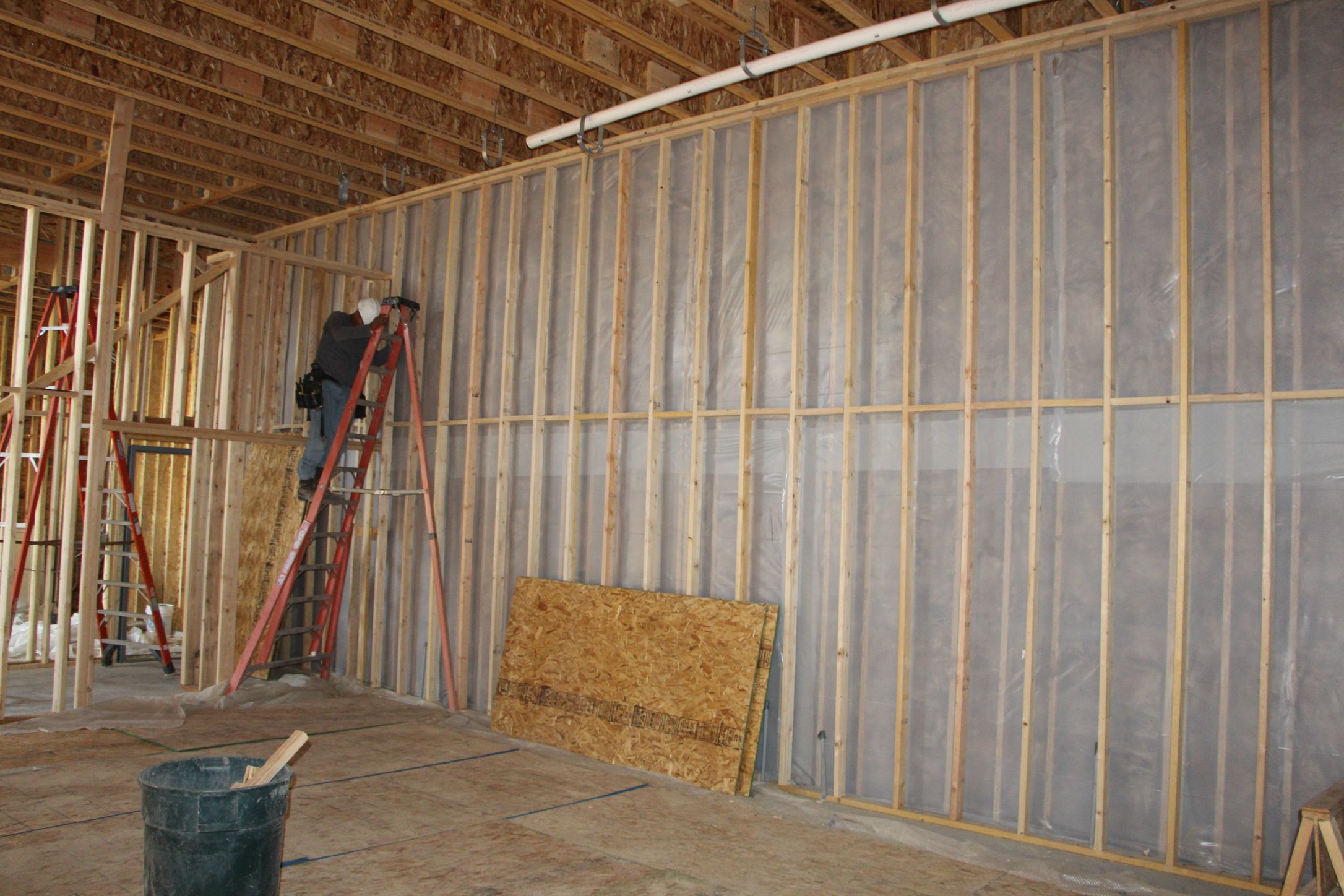 Interior of the recording studio/training room of the Mesa County Libraries 970West Studio. 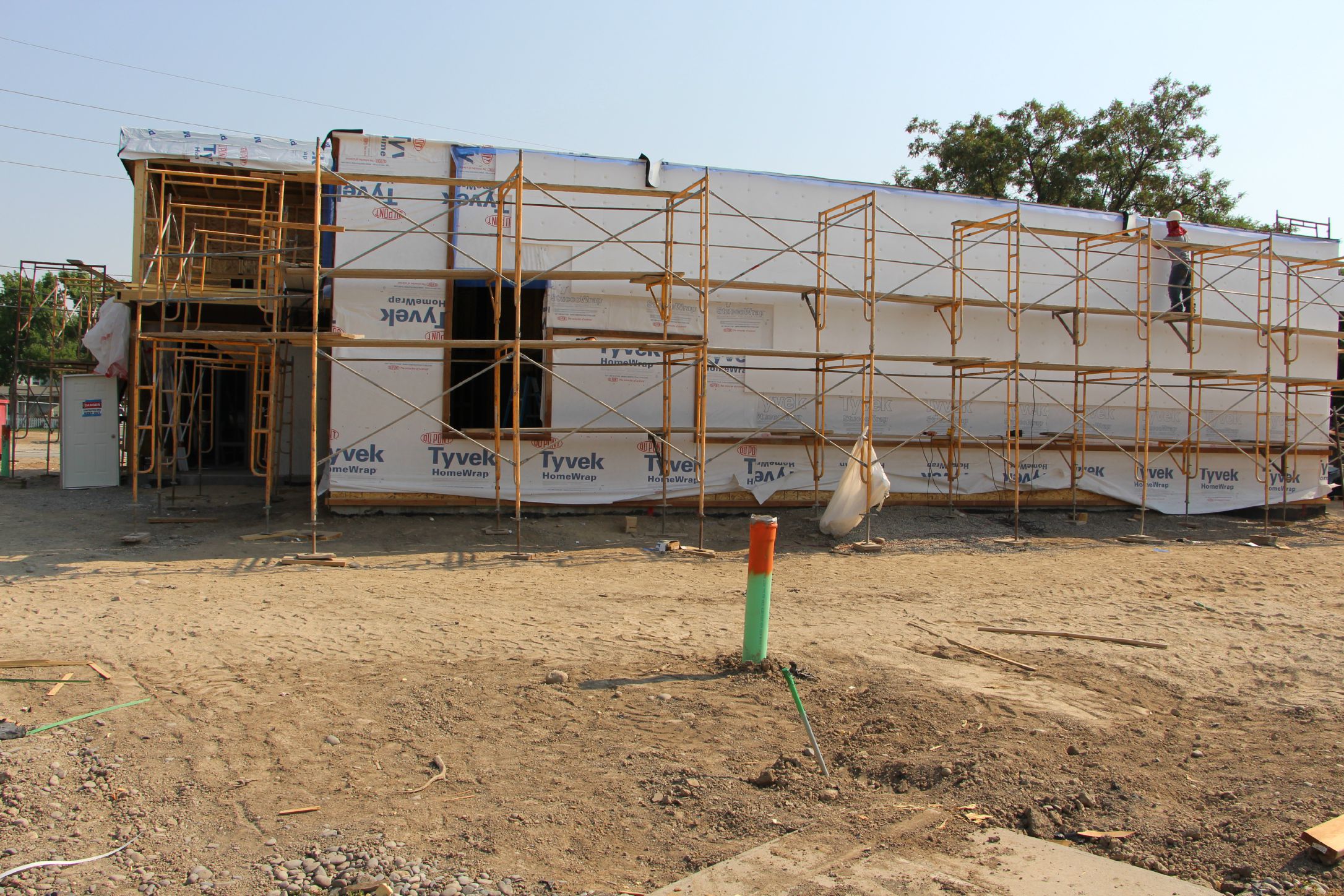 The Mesa County Libraries 970West Studio building is taking shape at Fifth Street and Ouray Avenue, across from the Central Library in Grand Junction.

Inside, framing reveals the layout of various features, such as the recording studio, the control room, and the artist-in-residence work space.

The building will have a main hallway “spine,” similar in design to the main corridor in the Central Library. The building’s centerpieces will be a 654-square-foot studio/training room and a 436-square-foot control room.

On track for completion Oct. 31, 2015, the studio building project also remains on budget to meet its estimated cost of $1.35 million. A public opening is tentatively planned for sometime in November.

For more information about the 970West Studio project, see our previous release here.