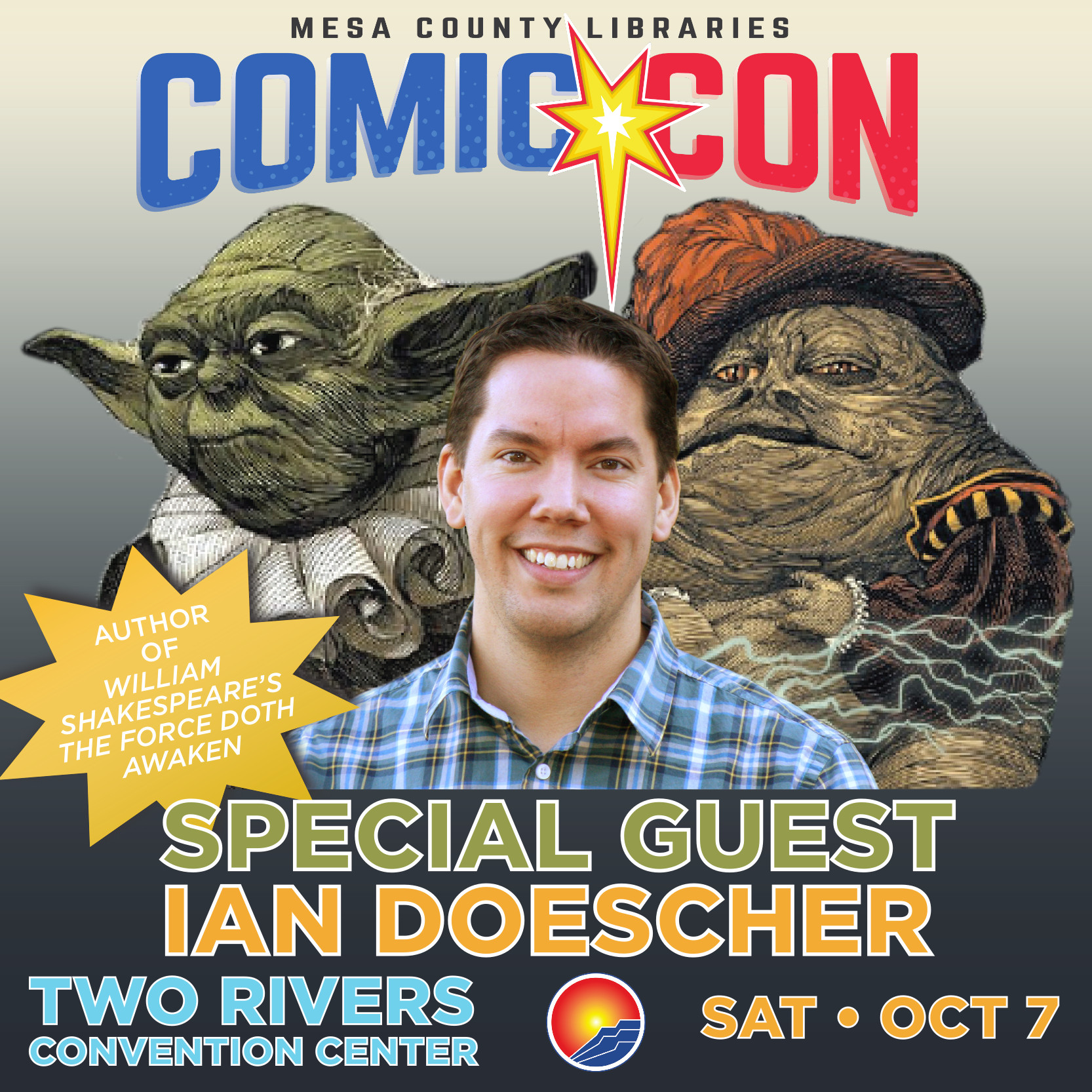 Doescher lives in Portland, Ore., where he works for a marketing firm. He has a Bachelor of Arts in music from Yale University, a Master of Divinity from Yale Divinity School, and a doctorate from Union Theological Seminary. More information about Doescher is available at iandoescher.com.

In 2016, more than 3,000 people of all ages attended Mesa County Libraries Comic Con. Due to the event’s growing popularity, this year’s Comic Con will take place at Two Rivers Convention Center from 9 a.m.-5 p.m. Saturday, Oct. 7, 2017. It is open to the public at no charge. Plan now to attend!

We’re also seeking applications from people and businesses that have ideas for public workshops or would like to participate in the exhibitor fair at Comic Con. Interested? Here’s more information.