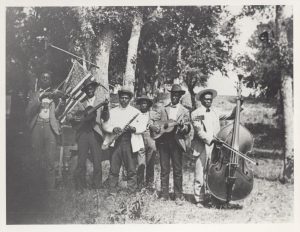 What is Juneteenth and why does it matter? It’s a little-known part of the history of emancipation from slavery, and part of the twisted, delayed, and elusive process of African-American freedom. There are other, more historically significant dates in emancipation history:

But in fact, the proclamation only freed the slaves in Confederate states not yet held by Union forces. Slaves owners in Mississippi and Louisiana migrated with their slaves to Texas, joining the hundreds of thousands of slaves already there. Inland locations were more protected from Union attack and for over two years after the Emancipation Proclamation,  the population was isolated from war news. June 19, 1865 was the day Union General Gordon Granger arrived in Galveston, Texas to occupy the area and enforce the end of slavery. Not that this put an immediate end to it, however; slave owners flouted the order by forcing slaves to continue to work, and shooting and hanging those who tried to leave. In spite of this, the former slaves of southeastern Texas looked on June 19 as the true emancipation day and began to celebrate it every year with food, games, prayer, and singing. They reunited with lost family members and gathered together to strengthen the bonds to each other and their communities, even in the face of Jim Crow backlash. When access to public parks and meeting places was denied to them, they met by rivers and lakes. The Juneteenth traditions slowly moved to other states as people migrated and spread the word, but it was still in danger of dying out when, in 1968, two months after the murder of Dr. Martin Luther King, the Poor People’s March to protest racial inequality was cut short and the traditions of Juneteenth celebrations revived. Texas made Juneteenth a state holiday in 1980, and in 1997, Congress recognized June 19 as Juneteeth Independence Day. Today it stands as not only as a piece of history but also as a reminder of the ongoing struggle for civil rights and equality in this country.

To read more, here are some books from the library: 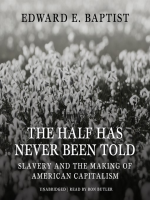