“For my part I know nothing with any certainty, but the sight of the stars makes me dream.” – Vincent Van Gogh 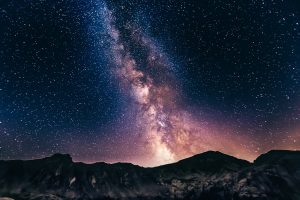 Astronomy is defined as the branch of science that deals with celestial objects, space, and the physical universe as a whole. There’s no doubt that people have been curious about our night sky and what lies beyond since the beginning of time.  The sun, moon, and stars have been used by ancient civilizations as navigational tools for travel, a way to tell time and to create oral traditions focusing on cosmological mythology.  Since the invention of the telescope in the early 1600s, excited astronomers all over the land have been able to closely examine these faraway galaxies and planets. The knowledge gained by astronomers’ studies throughout the years has been enormous, and there’s still a multitude left to discover about our solar system.

For those who have always been curious about astronomy but haven’t made that first step of getting involved, Mesa County Libraries has exciting news! We’ve recently partnered with the Western Colorado Astronomy Club (WCAC) and are proud to begin hosting their monthly meetings on the first Tuesday of every month* at the Central Library.  WCAC was founded in 1989 by a group of knowledgeable individuals dedicated to promoting astronomy education throughout Mesa County.  The WCAC’s motto is “Explore. Learn. Discover!”  This partnership is fitting considering Mesa County Library’s mission statement: “Learn, discover, create, and connect.” If you’re interested in becoming a member of the Western Colorado Astronomy Club, there is no equipment needed – just a desire to learn.

Please join us on Tuesday, December 4th at 6 p.m. as the WCAC holds their first meeting at their new location, Mesa County Library’s Central location community room. The WCAC will be joining forces with the Colorado Archaeological Society (Grand Junction Chapter) and the Old Spanish Trail Association to present “Spanish Trails Navigation: Dominguez and Escalante Were Never Lost!” This special presentation is about celestial navigation while traversing the Old Spanish Trail, and it will be hosted by Col. (Ret) Al Matheson, a Master Navigator.

*Meetings will normally be on the first Tuesday of every month, however, the library is closed on New Year’s Day so there will be no January meeting.