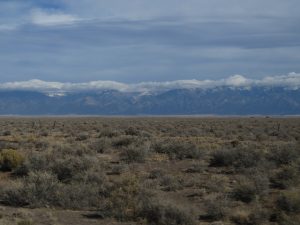 Spanish-speaking peoples first came north to Northern New Mexico in the late 1500’s and up into Southern Colorado not long after. There, in relative isolation from New Spain, the community developed folklore, humor, rituals, dialect and customs that were often distinct from communities in Mexico, California or Texas (For instance, as someone with ancestors more recently from Mexico, I have to tease my wife about the way her San Luis Valley family eats tortillas). Some people from the community call themselves Mexican-Americans while others consider themselves Spanish-American (there is disagreement in the community, often within the same family).

In the Nineteenth century, when Anglos began settling the area, Hispanics were made second-class citizens by prejudice and unscrupulous real estate practices in which many were “relieved” of their lands. In response, Hispanic residents formed orders of protection, such as the Sociedad Protección Mutua de Trabajadores Unidos, and strengthened the bonds of community. Today the Hispanic culture on both sides of the New Mexico-Colorado border is alive and well. Or, as the New Mexico Museum of Art tells it in their well-sourced history blog:

“For a long time in the nineteenth century, New Mexicans were allowed to move along at an unhurried pace, and to follow their Old World customs without interference because other Americans were hardly aware of their existence. Gradually, of course, by a process of accretion, American ways made inroads. Yet the framework of Hispanic culture was kept intact and continued to serve as the principal point of reference by which the people viewed their past and measured the future.”

So listen to Anna Gallegos talk about her childhood in a traditional Hispanic community in Saguache, or to Lebrado Serna speak about the common ground he found with Irish Catholics in Durango (be prepared… his speech is salty). Those interested in researching their genealogy will find records from the Catholic Church, U.S. and Mexican governments in Ancestry Library Edition (available in any Mesa County library, but not from home) and on FamilySearch.