Imagine what you were like a decade ago – Where you lived, the people you surrounded yourself with, the activities you chose to partake in, your (maybe regrettable) hairstyle. Similar to how you have undergone a mighty transition or two, Mesa County Libraries has had quite the decade of change and growth.

One of the most notable physical transformations the library underwent occurred back in 2012 when the entire Central Library was renovated: “Construction for the Central Library Expansions project began in August 2012 and finished in June 2013.  The project added approximately 9,000 square feet of space to the building and improved the existing facility from top to bottom.  Features added include more natural light inside, a new fiction area, a new Regional History Room, a large community room for programs and events, several new small-group study rooms, and outdoor patios for adults and children (www.mcpld.org).”

Present day employees of the library recall their memories of the hard work involved to prepare the newly altered building for an opening to the public:

“The remodeling was so extensive that during the construction, the library operated out of the old Ashley Furniture building on 1st street and Gunnison Avenue.  They let the employees come over and look at the library when the renovation was almost completed and it was strange to see how much had changed.” – Janet, ILL Librarian

“We moved the library in two weeks back from Ashley Furniture.  It was hard work but the sense of connectivity from the staff was amazing.  We had big tall carts from Mesa Moving and would fill the shelves up as far as possible with books, wrap them in plastic, then load the trucks and move them up the street. We had to coordinate so we could offload something in the right spot at the right time. It was a very strategically planned process; things were color-coded and we had certain teams doing certain tasks. On a fun note: Ashley Furniture had a back area with ping pong and badminton where we could use the space to blow off steam during the moving process.” – Shana, Interim Library Director

“It was shocking how smoothly that move went.” – Andy, Library Assistant

To complete the huge task of moving an entire library collection from one building to another in short time is undeniably impressive. Below are some before and after exterior photos of the renovation completed in 2012: 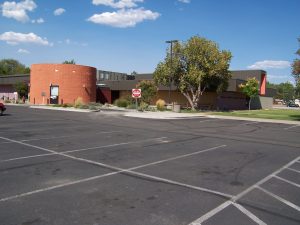 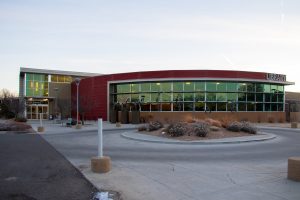 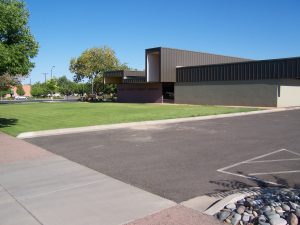 Mesa County Central Library as seen from the southeast. 2012. 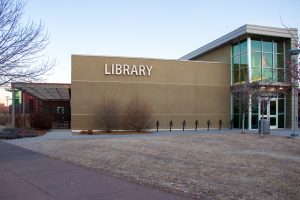 Mesa County Central Library as seen from the southeast. 2019.

For those wanting a complete rundown on the history of our great library, Mesa County Libraries’ website has information available dating back to the very beginning of its existence in 1897.