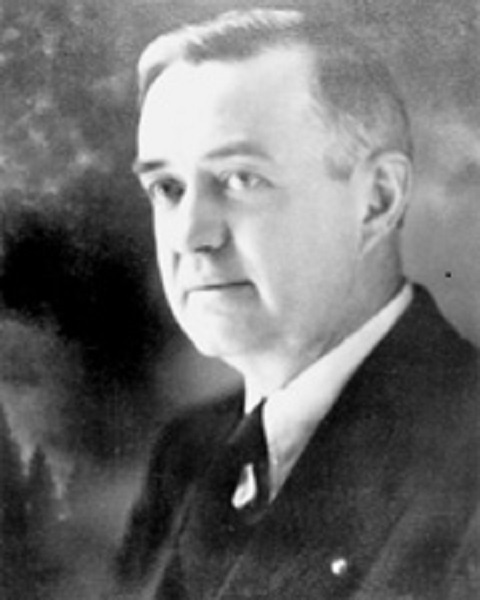 As a world-wise newspaper man, certainly Daily Sentinel publisher and owner Walter Walker could not have been ignorant of the Ku Klux Klan’s campaign against immigrants, Catholics, African-Americans, alcohol consumption, “impure morals,” Jews, and just about anything else the Klan insisted was tearing at the fabric of white, Protestant America. Yet, according to several Mesa County Oral History Project interviewees, Walker was involved in the early Grand Junction Klan.

In his 1972 interview with local historian Kenneth Baird, William “Bill” Nelson quotes his father and avowed Klan member Clarence Herbert Nelson as saying, “Mr. Walker was a member of the Klan.” Also interviewed in 1972, Clem Goettelmen, who describes some prejudice from a coworker at The Daily Sentinel newspaper during the Klan’s ascendance in the 1920’s, confirms that Walker was a member of the Klan, but is quick to say that he turned against them. In the article “The Walkers of Grand Junction,” published in the 1961 Brand Book, historian Alan Pritchard says that former Klan members asserted the membership of Walker:

“The Klan had been secretively active on the Western Slope for some time before the crosses flamed above the Grand Valley. They had quietly recruited members from all walks of life and there were some ex-Klansmen still living in 1961 who maintained that Walter Walker, himself, was an early enlistee. In the early days of the Klan many reputable men joined the invisible empire for reasons that, in retrospect, seem entirely devoid of logic. Almost every businessman on Main Street had a hooded nightshirt in the closet” (page 217-218).

Sentinel advertising head and columnist Al Look goes a step further, saying that Walker contacted the Grand Dragon of Colorado in order to bring the Klan to the Western Slope. In his authoritative book on the Klan in Colorado, Hooded Empire, author Robert Alan Goldberg (who researched many documents, including the Klan’s own records and meeting minutes in writing the book) confirms Look’s assertion.

“The town’s first Klan leader was Walter Walker, the editor and publisher of the Daily Sentinel… He obtained the Klan franchise from Grand Dragon Locke in 1924 and marked a course from which the order deviated only in the later stages of its life cycle” (Goldberg, 152).

The “course” to which Goldberg refers is an unusual one. According to Goldberg, the Western Slope’s geographic isolation from Denver in an age of poor roads allowed the Klan in Grand Junction to function as a kind of social club similar to the Elk’s Lodge, but with cross burnings, grotesque robes and dumb, pointy hats. Membership in the Klan was so popular among Mesa County’s white Protestants that it seemed like everyone wanted to join, including Al Look and Walker. Look and Walker later started an organization called the Soup Eaters to help poor and minority children in the Grand Valley. After leaving the Klan, Walker supported the presidential candidacy of Al Smith, a Catholic.

The club under Walker’s leadership eschewed many of the Klan’s tenets, including prohibition. In fact, Goldberg says that the Grand Junction club served beer in their meetings. The club also refused to take an activist position on immigrants, African-Americans and Catholics, and kept the small minority of Klansmen who favored action against such people at bay.

“Grand Junction Klan leaders, unlike their counterparts elsewhere in Colorado, did not address or exploit Protestant concerns. These prominent community figures turned their attention and followers from local tensions to fraternalism: The local Klan ceased to be the arm of a social movement and became a conventional association… the effect was to render the Klan useless as a protest vehicle” (Goldberg, 162).

“Although the evidence is only suggestive, it appears that the local elite may have coopted the order [the local Klan organization] to distract citizens and prevent any change in the distribution of power” (Goldberg, 152).

In other words, according to Goldberg, Walker and the other elites may not have wanted the Klan to usurp power from the existing power structure, and so instead, coopted the organization and made it a simple social club. Yet despite this assertion, the Klan certainly struck fear into the hearts of many locals. Mary (Buthorn) Price, whose immigrant father owned the LaCourt Hotel, recalls being terrified of a parade of Klansmen on Main Street. Al Look took one look at what seemed like an angry bunch brought together at the first Klan meeting, and quickly decided it wasn’t for him. Klan members tried to force doctor Jess Sickenberger into opening a Protestant only hospital. He told them to get lost.

It wasn’t until Walker and other Mesa County elites left the club, Goldberg says, followed by the blue collar rank and file, that the anti-immigrant, anti-Catholic, anti-Black element was able to take over and turn the local Klan to their dark purposes, led by the Reverend George Rossman of the First Christian Church (Goldberg, 160).

So why did Walker leave the Klan? According to Al Look, Walker was outmaneuvered by a fellow member and stripped of the leadership mantle, so he left. Goldberg and Daily Sentinel employees interviewed by the Mesa County Oral History Project report that Walker immediately began attacking the Klan in the Daily Sentinel, warning of an organization that preyed on prejudice to incite hatred. The Sentinel succeeded in turning public opinion against the Klan, and their membership declined to insubstantial numbers by 1926.

Was Walter Walker a member of the Ku Klux Klan? Yes. Did Walker bring the Klan to Grand Junction and lead it? Most probably. If so, should we condemn him for that act? Yes. And if so, what were his motivations in doing so? I leave that up to the reader to decide. To read more about the Klan in Grand Junction and Colorado, check out Goldberg’s book and the Mesa County Oral History Project.