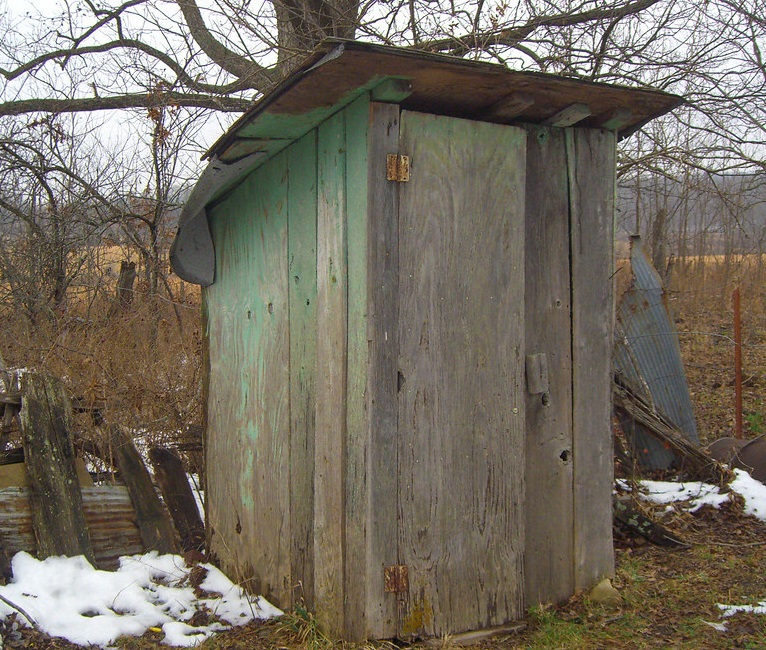 Stuck between modern amenities and primitive facilities, Judge Logan of Grand Junction chose a middle and ultimately shocking course in order to gain some sort of comfort while using the bathroom. The judge owned what Mesa County Oral History Project interviewee Glenn McFall called “a real nice home” near the brickyard (so presumably in the Riverside neighborhood, if McFall means the brickyard that was run by town pioneer J.A.K. Crawford). Although he had an apparently lavish house by the standards of the day, the judge did not have indoor plumbing. To use the bathroom he did what nearly everyone else in the early Twentieth century and before did… he walked to the outhouse.

Well, the judge decided that using the outhouse in the winter was just too cold. So he asked his son, an electrician named John Logan, to somehow wire the outhouse toilet seat so that it could be warmed electrically. In the words of McFall:

So he took electricity and strung a wire out there and give Mr. Logan a good comfortable place to sit. And that was fine. That was something that he’d never anticipated in his life, until one morning they turned it on so it’d be warmed up for him and they looked at it a little bit later and it was burning down. And they weren’t able to get the fire department or anything out there in time to save it.

Rather than dabble anymore in electric toilets, Judge Logan put in modern sewer lines and indoor plumbing shortly after the fire.