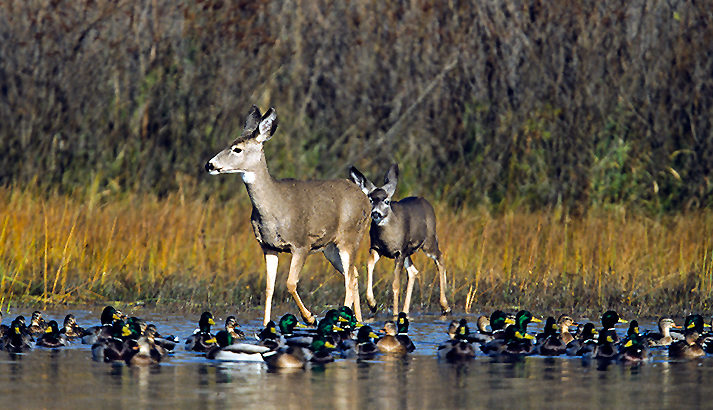 Wolves have not been seen in Western Colorado since ranchers and government hunters finished killing them off in the 1920’s, so the Colorado Division of Wildlife’s recent announcement that a pack of wolves may be living in Moffat County is exciting news for many. You know what other kind of animal we haven’t seen around these parts in awhile (maybe not quite as exciting)? A neutered, tame deer. 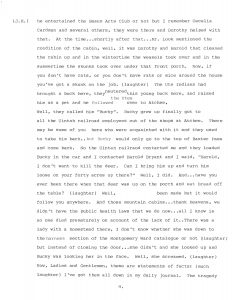 According to John Duncan Hart, Bucky was a deer that the Ute neutered and tamed sometime in the early Twentieth century. It followed them in their travels and then came to live near Atchee (now a ghost town in the Bookcliffs), where he would get onto porches and eat food “right off the table.”

The townspeople apparently deemed Bucky a nuisance. They tried to relocate him to Baxter Pass, but he came right back. The Uintah Railroad and the town of Atchee planned to kill him. Instead they called Hart, who served as a federal and state officer of some kind (he does not say specifically in what capacity, but probably as a wildlife officer).

Hart arranged to have the deer transported to Glade Park and the property of his friend and brother-in-law Harold Bryant, the artist. Bryant, already eccentric by nature, took quite a liking to the deer. But a nearby homesteader who normally kept the door of her cabin open was startled one day to find a big buck inside and looking her right in the face. She screamed and her husband attacked Bucky with an axe, killing him (and ending the man’s friendship with Bryant).

To hear Bucky’s story, listen to the above sound bite that gives the Ballad of Bucky in full, or to Hart’s short lecture in its totality.