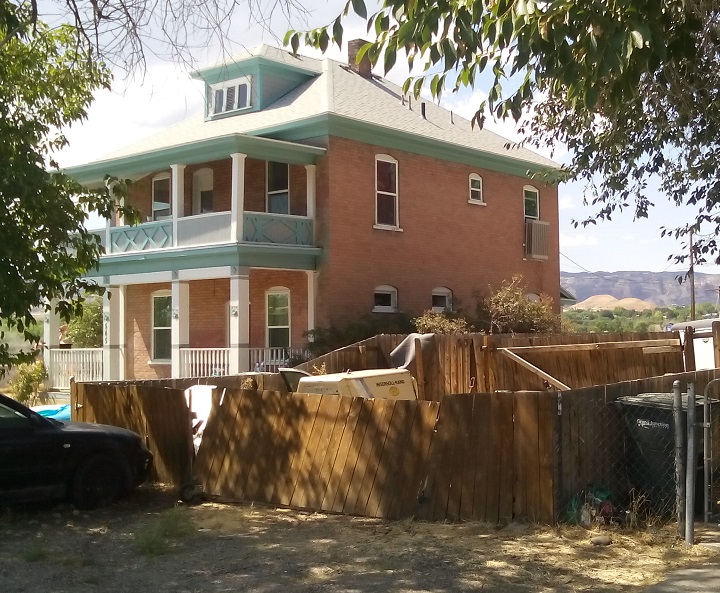 A home in the Riverside Neighborhood.

The Colorado River has been dammed and diverted so many times, by so many entities and people, that it may never truly flood again in the Grand Valley (at least not within humanity’s tenure… although you can never count the river completely out). Since river flows have decreased and development along the river has filled in river bottom lands, the river can no longer regularly overrun its banks to create the marshlands that you could find in Clifton and all along the river as recently as the 1990’s (I can remember a house on stilts that still stood in what was in essence a swamp near the old Clifton bridge in the 1980’s).

Of course, the fact that the mighty Colorado is now reduced to a shadow of its former self does allow us to proceed with certain amenities that would have been unthinkable 100 years ago. Imagine, for instance, Grand Junction’s Las Colonias development going forward with the knowledge that the river could flood any spring or summer and destroy the river trail, disc golf course, amphitheater, and other buildings. Frank Chiaro, whose family farmed in river bottom land in Pomona, describes the river flooding in the 1910’s and 20’s:

In those days, before they had dams up above us on the Gunnison, and up on the Colorado, the river used to get… at high water time… it used to get exceedingly high and used to overflow down over parts of that River Road and we’d have to… during that high-water time we wouldn’t be able to travel the River Road from Durham [Stockyards] on into town. We’d have to cross the railroad down below, just east of where we lived, and we’d have to go up over the Independent Avenue crossing and go up to First Street and then on into town that way.

While Pomona at that time was sparsely populated and the trouble caused by flooding resulted more in inconvenience than any real damage, other areas of Mesa County were not so lucky. Some oral history interviewees recount the danger or even impossibility of passing through De Beque Canyon when the Colorado was running high. The Riverside Neighborhood, which sits squarely in a flood zone, also relies on the river’s goodwill. 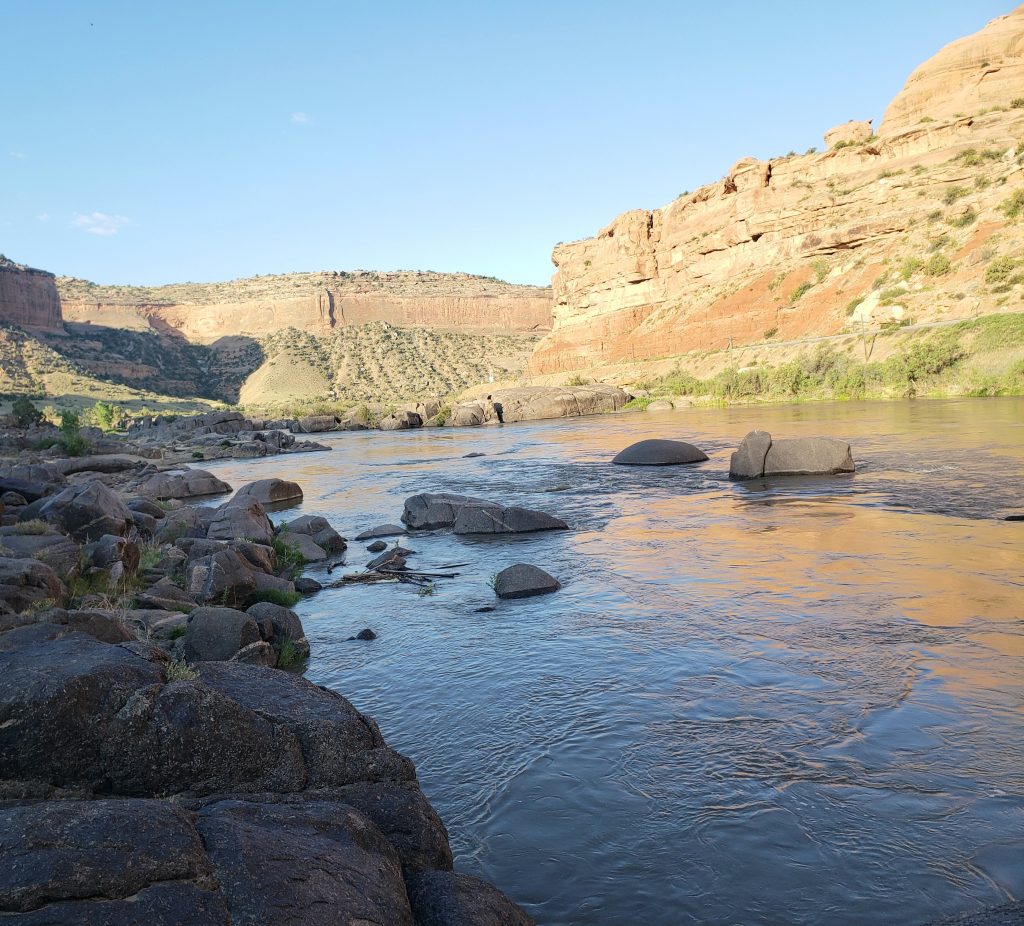 The Colorado River in nearby Ruby Horsethief Canyon. Photo courtesy of Michele Hickey

Nowadays, Riverside is protected by high berms along the river’s banks. But there was a time when floods wracked the neighborhood on a regular basis. Mary (Robinson) Cox was six years old when she moved to Riverside (then known as Crawford’s Addition) in 1911. At that time, there was a town dump in what is now the location of Riverside Park. In her interview with the Mesa County Oral History Project, Miss Cox recalled the terrifying sound of the river running high and wreaking havoc in the dump and neighborhood:

This used to be a city dump where Riverside Park is now. It was a big swale of a dump and the water in the spring would come up and muddy up the streets here. I’ve seen the water up here on Colorado a foot deep. There were no dikes. Nothing to restrain it. The water used to be wild in the spring. There were no dams above us to impound it and that was a real rough river…. It used to roar. It used to sound like a freight train. It sounded like an animal. It was a frightening thing; the waves would dash and bring down trees and animals. Everything, even houses, would go floating by… sheds. It’s quite different than it used to be. I can’t believe it’s the same river. Yes, I’m real glad. I grew up in dread fear of that river. I was always sure it was going to get me… It took its toll, believe me, every year.

To find out more about the Colorado River, check out our catalog and the Mesa County Oral History Project.