Shadow of Mordor is an action-adventure game set in Tolkien’s Middle Earth. Shadow of Mordor occurs in the 60-year gap between The Hobbit and The Fellowship of the Ring. We play as Talion, a Captain of Gondor stationed at the Black Gate of Mordor, to watch for Sauron’s gathering army. Talion’s garrison wasn’t enough to hold back a surprise advance of Orcs led by the Black Hand of Sauron and his accompanying Numenorean Captains. The gate is quickly taken over, and Talion’s family is captured. They are sacrificed in an attempt to summon the power of an Elven Wraith into the Black Hand. The Wraith attaches itself to Talion instead, saving his life and giving him special abilities. Talion escapes, and they begin searching for clues to the Wraith’s identity, fighting Sauron’s advancing army, and seeking revenge against the Black Hand.

This game was developed and produced by Monolith Productions and published by Warner Brothers Interactive Entertainment. Much of this game’s mechanics were built from scratch and took influence from other Warner Brothers games like the Batman: Arkham series. Monolith also put their AI knowledge to the test and created what they call a Nemesis System. This allows NPCs (non-player characters) to interact with the player in a more personal manner. Characters you interact with will remember their experience with Talion. If you fight an Uruk Captain and lose – that Captain is promoted and gains power and expertise. Next time you meet, that Captain will mock you relentlessly. It’s incredibly unique to have a competitive aspect in a single-player game.

I won’t lie; I was not too fond of this game at first. It took me a long time to get into the swing of things. I still get frustrated with the climbing mechanics. Fighting mechanics are pretty good, though the button combos seem a bit clumsy. It took me well over an hour before I finally made some significant advancements to Talion’s abilities and felt confident. From that point on, I was addicted. Story-wise this game is rich in tidbits from Tolkien’s Legendarium. I’m all about LOTR lore, so I enjoyed the inclusion of certain characters and mentions throughout the game.

This game checks a lot of boxes for many different kinds of players. It provides something different that wasn’t offered in adventure games at the time, which led to its favorability and success. For being six years old, this game holds up pretty darn well. The problems it does have are more of a “product of its time” situation. I haven’t played Shadow of War yet, but I suspect many of those problems have been remedied. This game provides a challenge that I wasn’t exactly ready for but definitely appreciate. 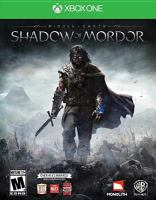