Dudley Mitchell was an early Mesa County resident and an interviewee of the Mesa County Oral History Project.  In multiple interviews with Dudley, he discusses his fifty-year employment working an assortment of jobs for the Denver and Rio Grande Railroad (D&RG). If you ever needed any information on how the railroad worked in the early to mid-1900s, Dudley was your man. Grand Junction was a hub for the wholesale grocery business, and a great deal of merchandise would come in and out while Dudley worked as a railroad bill clerk.

In one interview with the Mesa County Oral History Project, Dudley briefly mentions the Pullman Porters.  George Pullman was the creator of the Pullman sleeper cars of the railroad in the 1860s, and he immediately began hiring former slaves during post Civil War days to accommodate wealthy train travelers. The Pullman Porters were a crew of Black railroad porters who helped collect tickets, greet travelers, and kept the sleeper cars neat and tidy, among other duties. Many of these porters took the jobs for the opportunity to travel and to earn a livable wage. Pullman Porters worked for the D&RG Railroad which routinely made stops at the Grand Junction station.

In an abstract titled, “Working on Desert Rails: A Social and Environmental History,” author Anne E. Vileisis describes in great deal the experiences of railroad workers operating between Grand Junction and Green River, Utah. Grand Junction was inhospitable to the Pullman Porters working for the D&RG Railroad, choosing not to permit them to remain within town limits after dark.

This was not the only unjust treatment back in the day towards the porters. The porters were often called upon by the name “George” after George Pullman, the owner and creator of the company. This was also common practice during the years of slavery: many slaves were referred to by the name of their master instead of their given, true name. The working conditions for porters were less than desirable.  Many of their shifts involved working as much as twenty-one hours a day with three hours of sleep. Also, white porters received benefits such as money for food and lodging while working on the trains, whereas Black porters were not given such luxury. 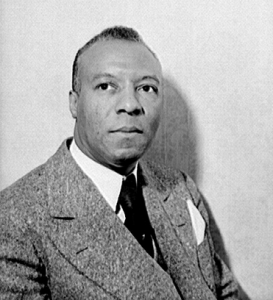 Their poor working conditions, treatment, and unfair wages no doubt led to the first African-American labor union to succeed in brokering a collective bargaining agreement with a major corporation. The Brotherhood of Sleeping Car Porters was created in 1925 and led by A. Philip Randolph, a prominent civil rights activist. The union was organized to achieve better work conditions, and union members listed their demands but were ignored for many years.  Finally, victory was achieved over a decade later in 1937 when the Pullman Company agreed to recognize their strife and signed a labor agreement with the union.  The signing authorized porters to receive higher wages, appropriate hours, and time-and-a-half overtime pay. This was not just a huge step for the porters, but a catalyst for the Civil Rights movement as a whole.