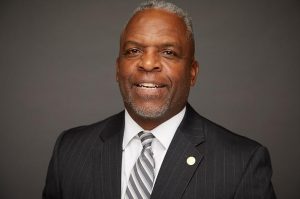 In his second interview with the Social Justice Archive at Mesa County Libraries, David Combs turns his attention to the death of George Floyd (who died at the hands of recently convicted Minneapolis policeman Derek Chauvin). As an African-American from Minneapolis, Combs gives unique and powerful perspectives on ethnic relations in that city, and on the presence of the Minneapolis police force in African-American communities.

Combs goes onto talk about the widespread social justice protest movement that took place in the wake of Floyd’s death, with special attention given to protests in Grand Junction, Colorado. He speaks about differing reactions to Floyd’s death and differing approaches to activism within Mesa County’s African-American community. He also discusses his role in helping to start the Black Citizens and Friends organization, their annual Martin Luther King Jr. Day celebration, and the many important events the group organizes and supports in Mesa County.

Finally, Combs talks about prejudice he, his wife and children have faced as a mixed-race family, both in Mesa County and elsewhere.

Check out David Combs’ first interview, where he talks his life’s challenges and his ultimate career success in both social services and business. And take a look at other interviews in the Social Justice Archive (part of the longstanding Mesa County Oral History Project). You can also volunteer to become part of the Social Justice Archive project.