Happy May, all! For this month, we’d like to focus our staff recommendations around a special new reading experience here at Mesa County Libraries.

The Mirrors and Windows reading experience is a celebration of culture focused on diverse books and films offered throughout our catalog.  This idea stems from a movement called Read Woke started by Georgia-based school librarian Cecily Lewis.  Lewis created this literature program with the goal of connecting readers with books that encourage diversity and awareness towards underrepresented authors and voices.  Lewis’s main goals behind the program are to:

Mirrors and Windows offers specially considered reading lists and recommendations for Adults, Teens, and Youth, and is a fantastic way for readers to broaden their knowledge of other cultures, identities, and experiences. Click on this link for more information and to sign up on Beanstack. (Added bonus – your choices for this reading challenge can also be utilized to engage in our Summer Reading Program!) 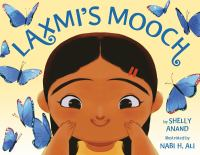 Laxmi’s Mooch is about an East Indian-American girl who becomes embarrassed when a classmate points out that she has hair on her upper lip. But her mother tells her that it is a “mooch” (the Hindi word for a moustache) and that it is something to be proud of!

I grew up in the Four Corners area, where the population is about 1/3 Hispanic, 1/3 Native-American, and 1/3 White. This was an assigned reading my sophomore year of high school and was a wonderful read that shows a powerful perspective of someone who grew up on the reservation.

Mostly Dead Things begins with the main character, Jessa, trying to cope and figure out how to save her late father’s taxidermy business after he committed suicide on his work table. It’s a good representation of mental struggles that many of us have faced ourselves. We may be sitting on the sidelines watching this family fall apart, but you and the family realize they’ve been falling apart long before the father’s death.

Everyone, not just Jessa, has to face their demons. Her brother’s wife, whom Jessa has been madly in love with since childhood, has left unexpectedly without a word. The brother is barely able to function emotionally and the mother is coping by vandalizing the taxidermy animals in lewd ways.  Jessa is just as messed up as the rest of her family, but she puts herself out there and starts up new relationships with her niece, nephew and a beautiful art dealer. The art dealer shows Jessa new ways of living despite Jessa fighting back every step of the way.

The book is funny and dark at the same time. We all have dysfunction in our families and it’s refreshing to read about someone else’s. It’s also refreshing to read about how Jessa and her family come to terms with their pain. The ending wraps everything up into a nice bow so you leave the story satisfied, knowing everyone is going to be okay. What really made me happy within this novel is that the main character is unapologetically gay. The author makes it feel so natural and a provides a “who cares” attitude about it. There’s no drama about Jessa being gay, there’s no coming out or antsy scenes of her confiding in someone about it -she simply is, and no one bats an eye. It’s absolutely refreshing to see a gay character being portrayed like anyone else.

American Like Me: Reflections on Life Between Cultures by America Ferrera 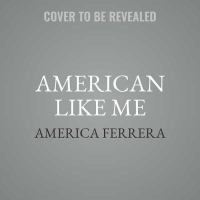 American Like Me is a collection of stories from immigrants and minorities in the United States and the unique roadblocks they face in being part of multiple cultures. The central theme comes from when America Ferrera was told on multiple occasions that what was required for a task was an “American”, but not an “American like her”. Ultimately this is a collection of stories on intersectionality and success by people who, despite continual pushback and being told that they were not part of the norm, found their own place in the diverse country that is the United States.

Caste: The Origins of our Discontents by Isabel Wilkerson 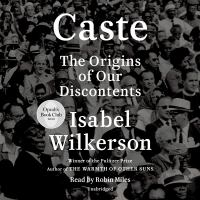 This book is a great exploration of why equality is so triggering to those in power. It also shows how US policy has equaled or, in some cases, gone above other nations’ attempt to dehumanize groups of people based on arbitrary signifiers. Necessary reading to understand the power structures embedded in our society.

“In the zero-sum stakes of a caste system upheld by perceived scarcity, if a lower-caste person goes up a rung, an upper-caste person comes down. The elevation of others amounts to a demotion of oneself, thus equality feels like a demotion.” –Isabel Wilkerson

My initial desire to read this had little to do with the plot, which I knew nothing about – the cover art totally drew me in.  I’m so glad I picked this up.  The main character, Kazu, grew up and worked in various parts of Japan, eventually became homeless, and after passing away, retells the story of his life from the perspective of a ghost. Throughout the book you learn much about Japanese history, and since Kazu’s ghost is mostly observing the Tokyo homeless encampment where he spent his final years, you also receive a wholly personal view into the difficult world of Japan’s displaced population.

The prose in this read is incredibly lovely and heartbreaking, and the English translator, Morgan Giles, expertly helped to share the genius of Korean author Yu Miri’s work.